The 49ers (6-4) move into a tie for first in the NFC West with the Seahawks after the third-straight win; watch the NFL's Thanksgiving Thursday triple-header - Bills @ Lions, Giants @ Cowboys and Patriots @ Vikings - live on Sky Sports NFL, 5.30pm, Thursday In the final NFL International Series game of the season, the 49ers (6-4) secured their third consecutive win in convincing fashion to move into a tie with the Seattle Seahawks for first place in the NFC West. 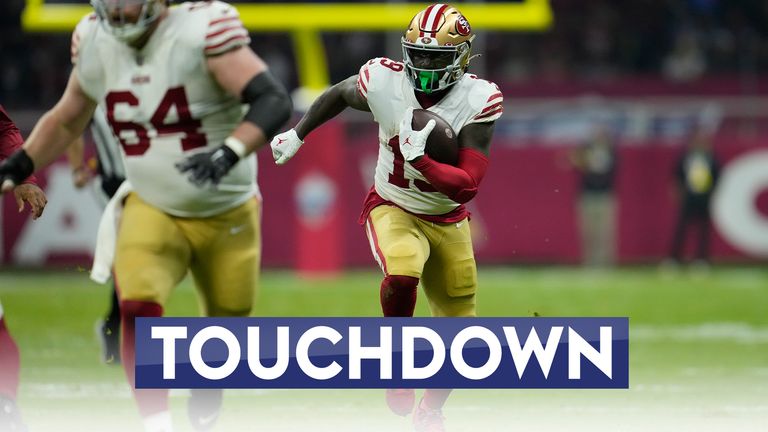 The Cardinals (4-7) played without starting quarterback Kyler Murray for the second-straight game because of a hamstring injury.

Veteran Colt McCoy, who guided Arizona to a victory against the defending Super Bowl-champion Los Angeles Rams last week, had no such luck at Estadio Azteca. McCoy was 24-of-34 passing for 218 yards, with one interception.

The Cardinals held a 3-0 lead after one quarter, courtesy of a 40-yard field goal by Matt Prater, before the 49ers began firing. Garoppolo threw TD passes of seven yards to Aiyuk and 39 yards to Kittle before Arizona scored its lone touchdown on a two-yard run by James Conner. 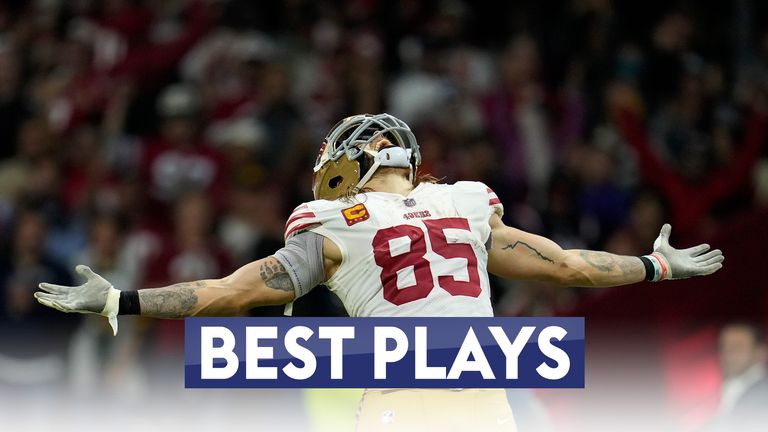 Robbie Gould kicked a 39-yard field goal with 43 seconds left in the half to make it 17-10 to the 49ers heading into the break. Samuel then scored on San Francisco's opening drive of the second half, before Garoppolo tacked on two more scoring strikes, hitting Aiyuk from 13 yards and Kittle from 32, to seal the route.

The game was a rematch of a 2005 contest at the same stadium that was the NFL's first-ever regular-season game played outside of the United States. 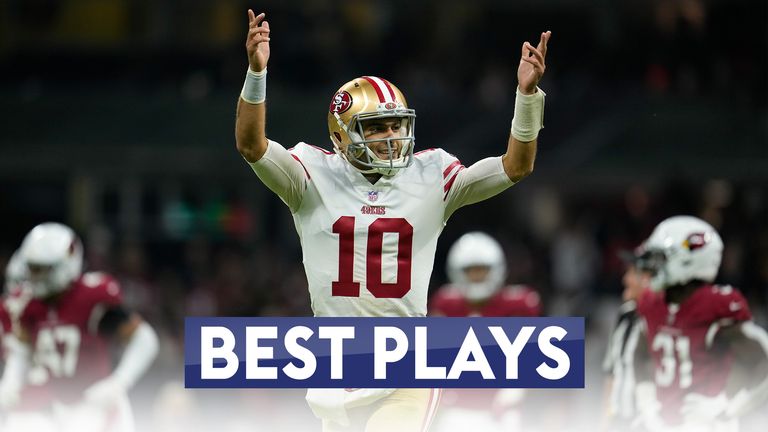 What they said... Garoppolo: 'Our best game yet'

Niners quarterback, Jimmy Garoppolo: "When you have playmakers like we have, it allows you to do everything.

"Today was probably our best full game we put together, but we've got a long way to go. There's some yardage we left out there and even some points we left out there, so it's a nice thing that guys are still hungry."

[On Estadio Azteca atmosphere]: "I haven't played in anything like it. It was electric, the fans were nuts, they were cheering throughout the whole game. It seemed like a soccer game at some points, just the passion they brought. It was really cool. I'd love to do it again."

It's Thanksgiving this Thursday in the US, which means only one thing - a triple-header of live NFL action on Sky Sports NFL on Thursday night.

The Buffalo Bills (7-3) kick things off by playing their second game in Detroit in the space of four days as they face an in-form Lions (4-6) team who have won their last three in a row - proceedings getting under way at 5.30pm.

Following on from the action at Ford Field, the Dallas Cowboys (7-3) host their traditional Thanksgiving Day home game, this one a crunch NFC East divisional clash against the New York Giants (7-3), with kick-off scheduled for 9.30pm.

And rounding off the night is a mouth-watering matchup between the New England Patriots (6-4) and Minnesota Vikings (8-2) at US Bank Stadium, with the hosts desperate to bounce back from a devastating 40-3 loss to the Cowboys last week - this one is live from 1.20am, early on Friday morning.