This week's NFL Sunday action live on Sky Sports sees the Cincinnati Bengals (6-4) travel to the Tennessee Titans (7-3) in a meeting of two AFC juggernauts, while the San Francisco 49ers (6-4) host the New Orleans Saints (4-7) - live on Sky Sports NFL, from 6pm, Sunday

The Week 12 live games for NFL Sunday have been announced, with Sky Sports NFL showing the Cincinnati Bengals at the Tennessee Titans, and New Orleans Saints at the San Francisco 49ers.

The Bengals-Titans match-up is not only a meeting of two AFC juggernauts, but it is also a repeat of last year's divisional round playoff clash between the pair, which the Bengals won 19-16 on their way to the Super Bowl. Kick-off in Nashville is at 6pm.

After that, we head to San Francisco, where the 49ers are riding a three-game win streak into their home game against the struggling Saints - the action gets under way at Levi's Stadium at 9.25pm. You can also keep up to speed with events from all of the other Sunday evening games in the NFL by watching RedZone on Sky Sports Mix from 6pm. 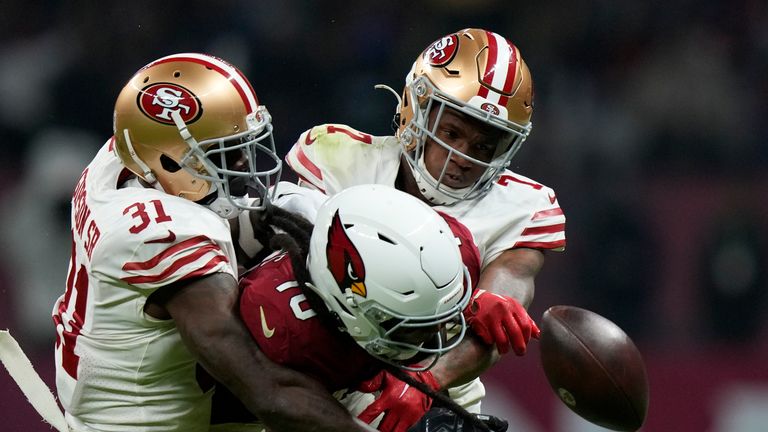 Rounding off the Sunday night action, we join our friends at NBC for Football Night in America and Sunday Night Football, with Aaron Rodgers and the Green Bay Packers absolutely desperate for a win to keep their fading playoff hopes alive as they travel to the NFC's best Philadelphia Eagles - kick-off is at 1.20am, early on Monday morning.

Finally, to close out Week 12, Monday Night Football sees the Indianapolis Colts host the Pittsburgh Steelers in a must-win match-up if either side are to still harbour playoff ambitions. Watch it live on Sky Sports NFL from 1.15am, Tuesday.