Even before receiving reinstatement from the NFL, defensive end Aldon Smith has a new team lined up.

Smith, out of the NFL since 2015, has reportedly agreed to a one-year deal with the Dallas Cowboys. According to NFL Network, Smith will get a $2m guarantee, with another $2m available in incentives based on sacks.

NFL Network also reported that the process of getting Smith reinstated by the league has begun.

The 30-year-old Missouri product was selected with the seventh overall pick in the 2011 draft by the San Francisco 49ers. Smith had 14 sacks as a rookie, then added 19.5 sacks in 2012 and was selected as a first-team All-Pro.

However, Smith was arrested on suspicion of DUI in January 2012 and again in September 2013, sitting out five games in 2013 while going through rehab.

He was later suspended by the NFL for the first nine games of the 2014 season for violations of the substance-abuse and personal-conduct policies.

NFL Draft to go on as scheduled in April

The NFL Draft will take place as scheduled in April, commissioner Roger Goodell has confirmed.

After Smith was arrested a third time on suspicion of DUI (along with hit-and-run and vandalism) in August 2015, the 49ers released him.

He signed with the Raiders a month later, and he had 3.5 sacks in nine games for Oakland before he was suspended for a year by the NFL for a violation of the substance-abuse policy. 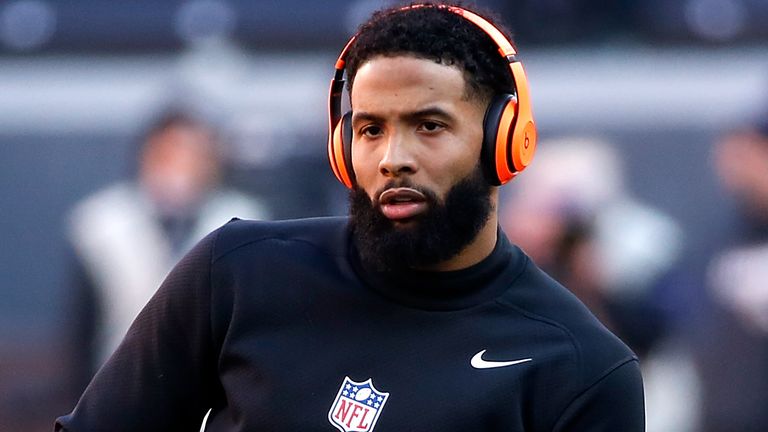 Smith signed a two-year deal with the Raiders in April 2016 but was never reinstated by the league, with Oakland eventually cutting him in March 2018 after two alleged domestic violence incidents.

Should Smith join the Cowboys, he would be reunited with new Dallas defensive line coach Jim Tomsula, who held the same position in San Francisco during Smith's time there.