Baker Mayfield threw for 290 yards and all four of his touchdown passes in the first half alone as the Cleveland Browns led 38-7 at the break before seeing out a one-score win to take another step closed towards the playoffs. 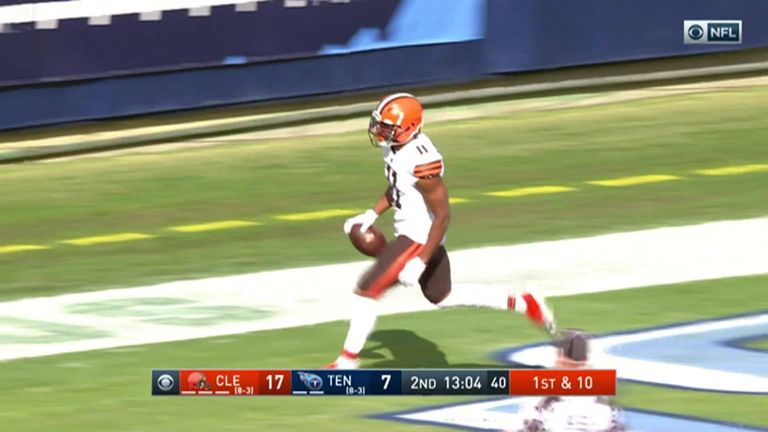 Baker Mayfield threw for 334 yards and four touchdowns in his fifth straight game without an interception as the Cleveland Browns beat the Tennessee Titans 41-35 to start the season 9-3 for the first time since 1994.

All four of Mayfield's scores, including a 75-yard bomb to Donovan Peoples-Jones, arrived in a dominant first half that saw the Browns surge to a 38-7 lead having stifled running back Derrick Henry, who was limited to just 60 yards rushing on 15 carries all afternoon.

Cleveland were strengthened by the return of star pass rusher Myles Garrett from the reserve/COVID-19 list, while Titans receiver Corey Davis had a productive day with 11 catches for 182 yards and one score against a Browns secondary missing safety Ronnie Harrison and cornerback Denzel Ward.

Titans quarterback Ryan Tannehill finished the game 29 of 45 for 389 yards, three touchdowns and one interception as late scores somehow turned a Browns rout into a one-score game. 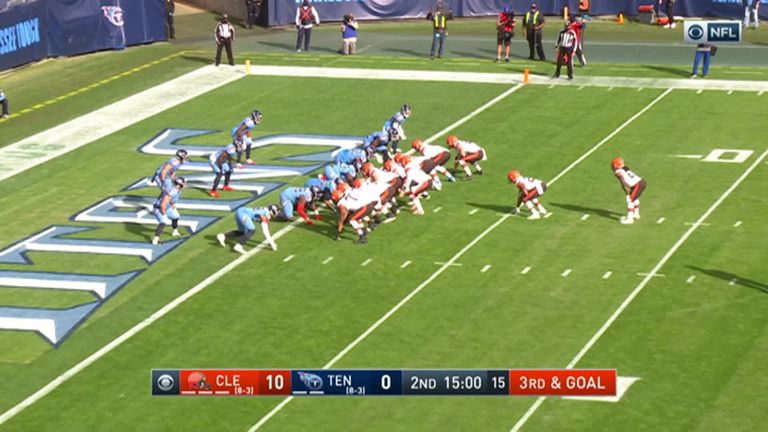 Cody Parkey's 27-yard field goal opened the scoring after Peoples-Jones had dropped a would-be touchdown pass. The Browns wouldn't be denied again as Mayfield rewarded a defensive stop with a one-yard laser to Jarvis Landry, who had thrown to his quarterback on a trick-play earlier in the nine-play drive.

Wide-open offensive tackle Kendall Lamm then hauled in a one-yard score for the Browns to capitalise on Henry's fumble, recovered by Karl Joseph in Titans territory on the previous drive.

Tannehill's response to that was a 17-yard touchdown pass to a leaping Davis while scrambling to his right, having hit A.J. Brown for 40 yards on the set-up play.

The next series saw Peoples-Jones fool Titans cornerback Breon Borders with the double-move for a 75-yard catch-and-run to the house, before Mayfield showed superb touch to drop a beauty over the shoulder of Rashard Higgins for a 17-yard score and Nick Chubb dived over the pile to earn Cleveland a 38-7 lead at the half. 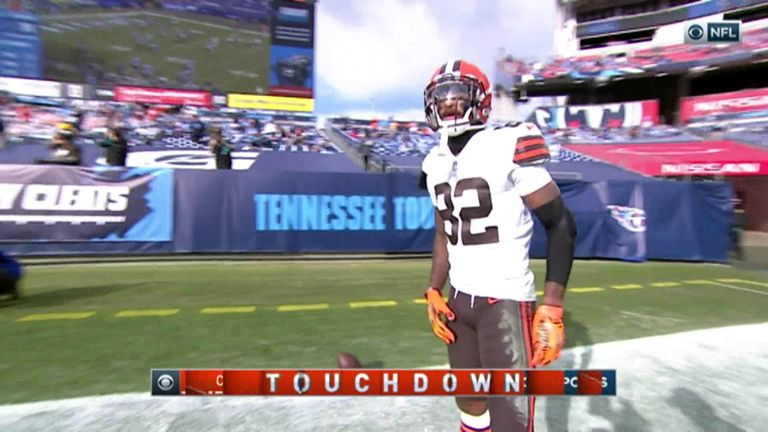 MyCole Pruitt's 22-yard touchdown catch marked a perfect start to the third quarter for the Titans, only for Henry to be stuffed on the two-point conversion attempt. The tight end was involved again moments later when he scooped up Brown's fumble at the goalline before running it into the end zone, Tannehill this time scurrying successfully to his left for the extra two points.

After a 43-yard field goal from Parkey, the Browns stole the ball back when Tannehill's pass bounced off hands of Adam Humphries and into that of M.J. Stewart to end a 13-play drive. 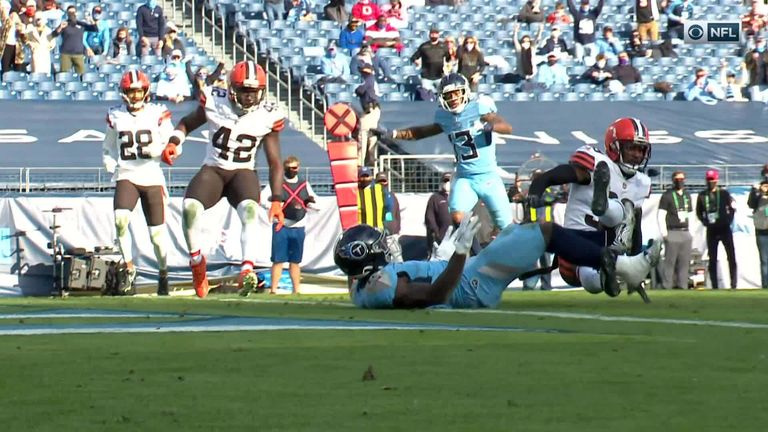 The teams exchanged three drives ending with punts as the Browns chewed up the clock late on, before Jeremy McNichols punched in a one-yard score and Cameron Batson reeled in a superb garbage-time touchdown grab in nothing more than late consolation points.