Los Angeles Rams rookie running back Cam Akers rushed for 171 yards in a 24-3 blowout victory over the New England Patriots on Thursday night that all but ends any faint playoff hopes for the Pats.

Cam Newton threw for just 119 yards before being replaced late in the game by backup Jarrett Stidham, who went 5 of 7 passing for 27 yards in their final four offensive series'.

The Patriots (6-7) suffered just their second loss in the last six weeks, managing only 220 total yards on offence, 62 of which came in the second half.

The Rams (9-4), who have won four of their past five games, moved a half-game ahead of the Seattle Seahawks (8-4) atop the NFC West standings with victory.

Akers was the leading light in the contest, with both teams having their struggles on offence in a rematch of the similarly low-scoring Super Bowl LIII from two years' ago. 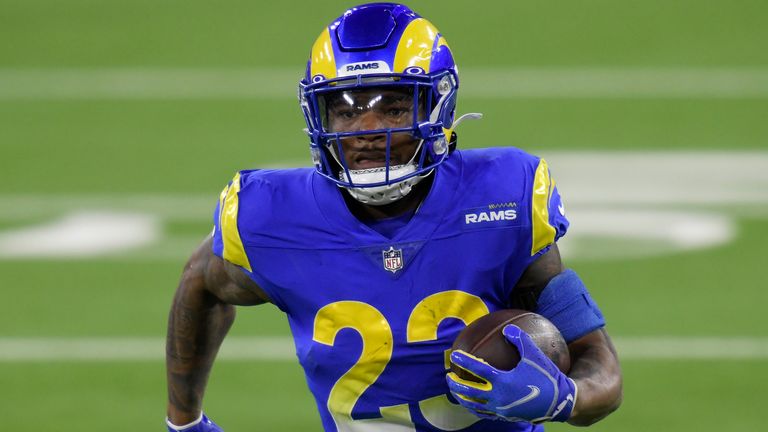 The Rams exploded out of the blocks to start with, a 35-yard rush from Akers the highlight of a six-play opening drive that was capped by quarterback Jared Goff leaping into the endzone from a yard out, but points were hard to come by thereafter.

Goff later threw a third-quarter touchdown pass to Cooper Kupp, but he had just 137 yards passing on the night, also throwing an interception. Newton was also picked off three plays after Goff's turnover, with Kenny Young returning the interception 79 yards for a touchdown 14 seconds into the second quarter to see Los Angeles into a 17-0 lead.

Nick Folk's 29-yard field goal trimmed the Patriots' deficit with a minute left of the first half, but the Rams responded with a 16-play, 90-yard drive on their opening possession of the third period - Goff finding Kupp for the score - to put the game beyond doubt.