Scott Pioli: "I think we're going to see an outstanding version of Dak [Prescott]. He has something to prove"; watch Dallas Cowboys @ Tampa Bay Buccaneers in the opening game of the 2021 NFL season live on Sky Sports NFL from 1.20am on Friday morning

Former NFL executive Scott Pioli believes that Dallas Cowboys quarterback Dak Prescott is set to have an "outstanding season" and is backing the team to win the NFC East.

Speaking to Good Morning Football (Sky Sports NFL, weekdays, midday), Pioli spoke of his excitement to see Prescott return to the field after he suffered a season-ending ankle injury in Week Five of the 2021 season.

Prescott, a 2016 fourth-round draft pick, was on pace for a career year at the point he was struck down by injury, averaging a massive 371.2 pass yards per game.

Held out of the Cowboys' preseason games, Prescott will see action for the first time in the 2021 NFL season opener against the defending champion Tampa Bay Buccaneers on Thursday night.

"I think we're going to see an outstanding version of Dak. He has something to prove," said former Kansas City Chiefs general manager Pioli.

"Just like many of us, you don't know how much you love something until you lose it. I'm really excited to see him when he gets on the field this week.

"I think this is going to be an outstanding season for Dak." 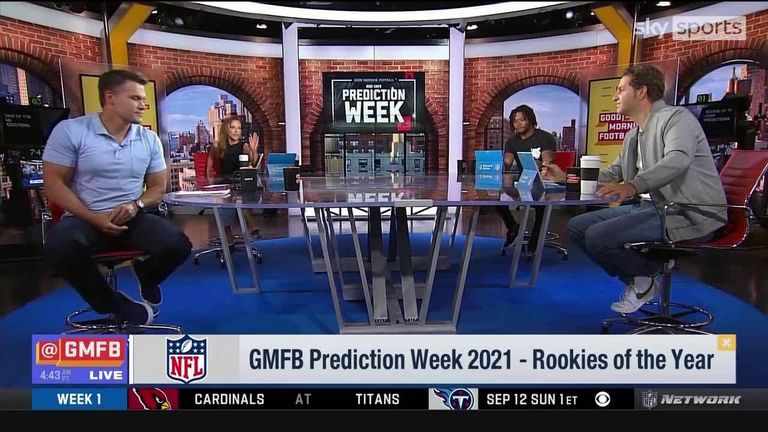 Pioli too thinks that the return of the Cowboys' star quarterback will coincide with a turnaround in fortunes for his team. Dallas finished 6-10 in 2020, good enough only for third place in the East.

On top of Prescott, Pioli - who was assistant general manager with the Atlanta Falcons from 2014 to 2019 - likes their hire of former Falcons head coach Dan Quinn to be their new defensive coordinator.

"I've picked the Cowboys [to win the NFC East]," Pioli added. "I think they have, far and away, the best quarterback in the division - and usually, the team with the best QB is the best team.

"They also have the best overall personnel within the division. And the other thing I like that happened this year is Mike McCarthy hiring Dan Quin [as defensive coordinator], allowing him to almost ignore the defense and just take care of the offense.

"The presence of Quinn is really going to electrify this defense, in my opinion. Just watch how players respond to Dan's personality, his authentic energy - I really think he is going to make a big difference in this Cowboys team."