Dallas Cowboys: With Micah Parsons, Dak Prescott and possibly the addition of OBJ, could this finally be the Cowboys' year?

The Cowboys have gone 27 years without a Super Bowl title but, following a strong 7-3 start to the season, might the good times be back in Dallas? watch Giants @ Cowboys as part of the NFL Thanksgiving triple-header, live on Sky Sports NFL from 9.30pm, Thursday

The Dallas Cowboys are seemingly back among the NFL's elite, sitting 7-3 on the season - and coming off a 40-3 hammering of the 8-2 Minnesota Vikings on Sunday - to fuel a growing belief this could finally be the year this proud franchise's 27-year wait for another Super Bowl title comes to an end.

It's a dangerous assertion to make with Dallas, as there has been many a false dawn before during those barren years, including as most recently as last year when losing their Wild Card playoff meeting with the San Francisco 49ers - seeing the clock run down on their season as, trailing by six, they failed to spike the ball in time to give them one final shot for the end zone and a game-winning TD.

There have been four further Wild Card exits over the past two-and-a-half decades, as well as a staggering six defeats in the divisional round of the playoffs since the Cowboys won a then-joint-record fifth Super Bowl title with victory over the Pittsburgh Steelers to close the 1995 season.

That's not to mention the years when Dallas failed to even make the playoffs. In fact, as recently as the 2020 season, the NFC East as a whole was derided, mockingly labelled the NFC 'Least' as its division winner, the Washington Football Team, made the playoffs with a losing 7-9 record. The Cowboys, sans their star quarterback Dak Prescott to a horrific ankle injury early in the season, missed out at 6-10.

However, those 2020 struggles helped pave the way for a most crucial piece to be added to their championship-winning puzzle, with superstar linebacker Micah Parsons snapped up with the 12th overall pick in the 2021 NFL draft.

Parsons' rookie year was special, but this his second campaign has been truly spectacular thus far and most are already crowning him as the undisputed Defensive Player of the Year with still half a season to be played.

The Cowboys top the league in defensive sacks, with Parsons leading the way with 10 of them (to go with his rookie franchise record 13 from a year ago). Dallas also lead the way in scoring defense, coughing up a paltry 16.7 points per game this season and keeping opponents to 10 or fewer points on four separate occasions - including that most impressive of wins over the previously free-scoring Vikings offense. 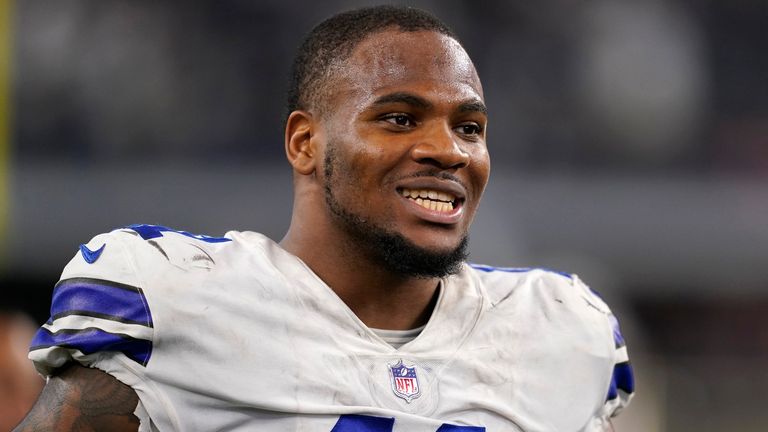 The offense has not quite flashed in the same way as the defense, but there are signs that they could be rediscovering some of the old magic that saw them top the league in both yardage and scoring in 2021 - averaging 407 yards per game to go with 31.2 points per contest.

Prescott was lost to injury again this season, but thankfully just for six weeks to a thumb injury, and while backup Cooper Rush performed superbly in his absence - winning four of five - the offense's production has improved radically since Prescott's return in Week Seven. 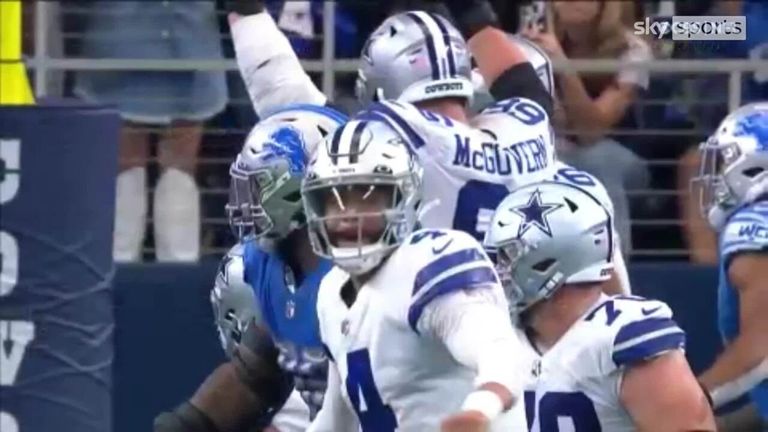 The Cowboys have gone from averaging just 18.3 through those first six weeks to leading the league with 35.3 points per games since Prescott's return. Their yards per game is also up from 300.8 to 412.8 (third in the league over that span).

That offense could be about to improve even further still, if rumours stateside are to believed that Dallas are firmly in the race to sign free agent superstar receiver Odell Beckham Jr, with a visit scheduled (along with one to the New York Giants) after Thanksgiving.

Beckham won the Super Bowl with the Los Angeles Rams last year but also injured himself in the game itself, tearing his left ACL in the first half - and has yet to sign for a new team. The Rams were initially seen as the favourites to recapture his signature, but have since suffered a desperately disappointing 3-7 start to the title defence.

It now looks like the Cowboys are positioning themselves to strike, with owner Jerry Jones saying the team's star logo "could look pretty good" on Beckham, while Parsons and Prescott have also pleaded for OBJ to join them in pursuit of a Super Bowl in Dallas.

"We can use him," Parsons said. "I think he's a great player. He'll expand this offense. He can add real value to the team and help us do what we want to do.

"If you want to win games, come win games over here. Help us get to that [Super] Bowl that you want. I want to win it just as bad as you do."

Prescott added this week: "He knows how much I want him here, and a lot of these guys in this locker room I've seen have reached out on their own in different ways to making sure that he understands that this is a team that he can help."

If OBJ were to indeed decide that Dallas was the destination for him, then helping his cause will be the attention the defense has to devote to the Cowboys' run game - with Ezekiel Elliott and Tony Pollard serving as a fearsome one-two punch out of the backfield.

There have been growing calls for Pollard's involvement in the offense to increase, with the 25-year-old returning a career-high 147 scrimmage yards and three touchdowns in a Week Eight win over the Chicago Bears that veteran Elliott missed due to a knee complaint.

Elliott is back fit again and both scored a pair of touchdowns in the hammering of the Vikings and it is expected he will continue to split, if not hog, the majority of touches with Pollard. It's a long season ahead for the Cowboys and his contribution will still be vital if they are to indeed go all the way.

Lying in wait next for Dallas is a crucial divisional clash on Thanksgiving Thursday against the Giants. And it couldn't be further from the 'NFC Least' meetings of two years ago. The Giants (7-3) share an identical record with the Cowboys through 11 weeks, and there is even chatter that this essentially is the 'OBJ Bowl', with the winner in prime position to land the player as they move closer still to booking a playoff spot.

It could well be a good time to face the Giants though, with New York having lost two of their last three - and with only a victory over the one-win Houston Texans (1-8-1) sandwiched in between losses to the Seattle Seahawks (6-4) and the Detroit Lions (4-6) last Sunday. 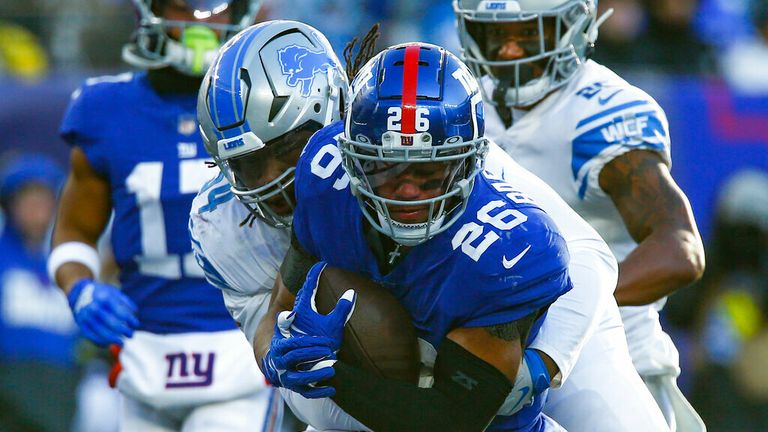 It's also the first of three-straight home games for Dallas back at AT&T Stadium, all very winnable, with the Indianapolis Colts (4-6-1) and Texans to follow.

Can the Cowboys keep this Super Bowl-seeking train chugging along? Are this Cowboys team a different animal to those that have faltered over the past quarter of a century?

This Thursday's Thanksgiving Day game with the Giants will give us our first hint as to whether there is finally a new dawn to believe in in Dallas.

Watch New York Giants @ Dallas Cowboys as part of the NFL Thanksgiving Day triple-header live on Sky Sports NFL, which gets under way from 5pm on Thursday; kick-off in Dallas is at 9.30pm