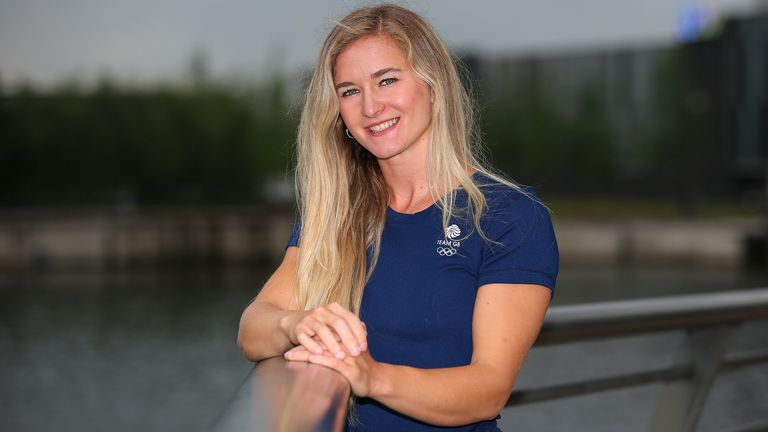 Britain's most successful climber Shauna Coxsey, who trains on a makeshift bouldering wall in the basement of her house, insists she wants to get to the 2020 Olympic Games fit, healthy and happy, after battling recent injuries.

The sport is due to make its debut at the Games in Tokyo in July, along with surfing, skateboarding, karate and baseball.

Coxsey, who has already qualified, is no stranger to competition, having won consecutive women's bouldering World Cups in 2016 & 2017. 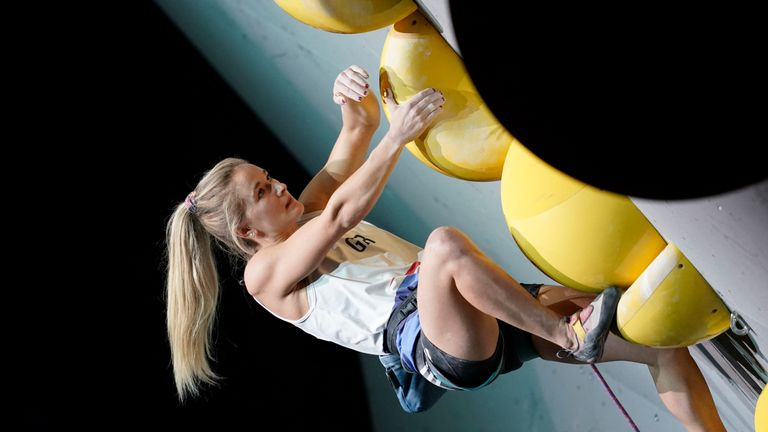 She told Sky Sports News: "It still feels really strange to hear people say that climbing is going to be in the Olympics, and then to think of being a part of that Olympics as an athlete is so surreal.

"I think climbing was growing already and it was growing at this rate that I never expected. So with the Olympic announcement, it has snowballed that."

Indeed, in recent years climbing has seen a huge increase in popularity.

The Oscar-winning film, Free Solo saw Alex Honnold scale the 3000ft rock face of El Capitan in Yosemite, without a rope or a harness.

Athletes at the Olympics won't be reaching quite such dizzy heights.

They will focus on three indoor disciplines, which is a similar format to the triathlon, they will include:

Bouldering is Shauna's strongest event that the 26-year-old specialises in, but she is having to get to grips with the other two disciplines, given they now feature as part of the Olympics routine.

She said: "I want to get to Tokyo fit, healthy, happy, strong. And if I can do that I definitely feel like I can compete for a medal.

"But with climbing, it is not a sport where you directly compete with anyone else. I guess a bit in speed, but with everything else, it is you and the wall."

Coxsey has been climbing since she was three years old. But it was only when she left school that she made the tricky decision to make a career out of it.

"I applied for university and waited to get my offers accepted," she recalls.

"I wanted to know that was an option for me. And then I deferred for a year and gave myself a year to see if I could make professional climbing work.

"Then I broke my leg. I think three weeks after deciding not to go to university, which wasn't great timing, but it all worked out in the end."

Shauna is certainly no stranger to injuries, but she is positive and resilient. Three weeks ago she had knee surgery, after damaging her cartilage.

But she is now back in the gym, building back her muscle strength and is ready for all this year has to offer.