IOC rolled back its 'anti-protest' Rule 50 restrictions, which state 'no kind of demonstration or political, religious or racial propaganda is permitted in any Olympic sites, venues or other areas'; Olympians allowed to protest before the start of competition, but not on podium

Dina Asher-Smith believes any ban on protests at the Olympics would have caused embarrassment for the International Olympic Committee and insisted athletes have the right to a voice.

Team GB's biggest medal hope on the track welcomed the IOC's decision to allow competitor protests at the Tokyo Games, which officially start on Friday.

Earlier this month, the IOC rolled back its Rule 50 restrictions, which state 'no kind of demonstration or political, religious or racial propaganda is permitted in any Olympic sites, venues or other areas'.

Athletes will now be allowed to protest before the start of competition, although not on the podium. Gestures will be allowed 'after leaving the call room (or similar area) or during the introduction of the individual athlete or team'.

Asher-Smith stopped short of saying she would take the knee but always felt the IOC would perform a U-turn.

She said: "I see protesting and expressing yourself as a fundamental human right. If you were to penalise someone for standing up against racial inequality, how on earth would that go? How on earth are you going to enforce that?

"Would you revoke someone's medal for saying racism is wrong? But I think it's good they have lifted it. How would you police that, particularly when people feel so strongly about that right now?

"Also, if you were to penalise someone or revoke a medal, how would that go optically?

"I did see it as completely unenforceable and I think they had no choice but to lift it, otherwise they would have been faced with loads of athlete protests at the Games and it would have been very embarrassing for them.

"Unless they want to say they are against people being against racism, I didn't see how that was going to happen.

"Some of the Olympics' most iconic moments have been the black power salute, by Tommie Smith (in 1968). That is something people remember the Olympics for, something they're very proud to see at the Olympic Games.

"So to think they're suddenly going to get up and say 'absolutely not', I think they'd be shooting themselves in the foot."

Asher-Smith will start her bid for glory on July 30, the first morning of the athletics, in the 100m heats, with the semi-final and final the following day.

Jamaica's Shelly-Ann Fraser-Pryce remains favourite to regain the 100m crown she won in both 2008 and 2012. 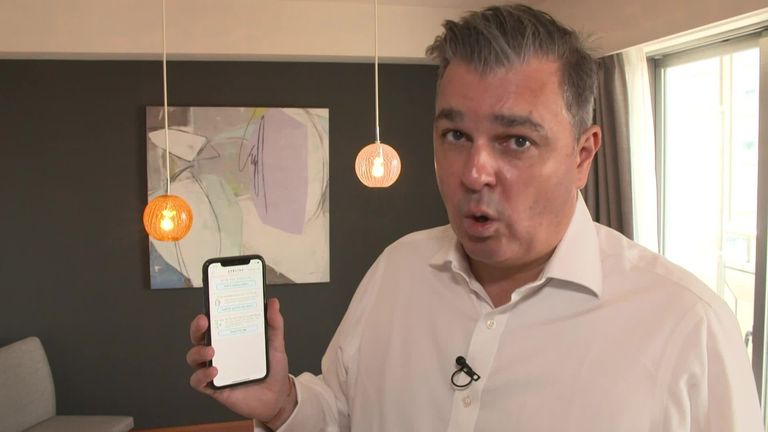 The USA's Sha'Carri Richardson was expected to challenge for gold but was left off the team, despite her one-month ban after testing positive for marijuana expiring next week.

She said the stress of her mother's recent death, combined with the pressure of preparing for trials - which she won with the sixth-fastest time in 100m history - led her to use the drug, leaving Asher-Smith sympathetic.

She said: "I feel sorry for her because her mother passed away. I was thinking about that. I even said to my mum, 'if you passed away, I wouldn't have done the trials'. My mum said, 'don't be silly, I'd always want you to do it'.

"I'm absolutely in no position to tell someone how to grieve, I don't think anybody is. That's the first thing that comes into my mind and that's why you feel sorry for her because she's grieving.

"Rules are rules but the girl was grieving and so my heart goes out to her in that situation. Nobody wants to lose a parent. It's awful." Tommie Smith, John Carlos and Gwen Berry are among the more than 150 athletes, educators and activists who signed a letter on Thursday urging the IOC not to punish participants who demonstrate at the Tokyo Games.

The five-page letter, published on the eve of the Olympics, asks the IOC not to sanction athletes for kneeling or raising a fist, the way Smith and Carlos did at the 1968 Mexico City Games.

Berry, the American hammer thrower who triggered much of this debate, has said she intends to use her Olympic platform to point out racial inequality in the United States. She turned away from the flag when the national anthem played while she was on the medals stand at the Olympic trials last month.

"We do not believe the changes made reflect a commitment to freedom of expression as a fundamental human right nor to racial and social justice in global sports", said the letter, which was posted on the website of the Muhammad Ali Center and also signed by Ali's daughter, four-time boxing world champion Laila Ali.

The letter disputed the IOC's long-held position that the Olympics should remain neutral, arguing that neutrality is never neutral.