We take a look at what is being said and team news ahead of Friday's Super League games, including Castleford Tigers versus St Helens live on Sky Sports...

It will be an unfamiliar-looking St Helens team which takes to the field on Friday evening after Kristian Woolf opted to make significant changes to his 21-man squad following the busy Easter period.

A run of three games in nine days, including a Challenge Cup quarter-final against Catalans Dragons, the Good Friday derby against Wigan Warriors and the Easter Monday clash with Huddersfield Giants, has taken its toll on the squad.

Lewis Dodd joined the injury list after being ruled out for the season with an Achilles injury, along with Curtis Sironen and Konrad Hurrell starting two-game bans, with Woolf also having an eye on what is to come following the trip to Castleford Tigers, live on Sky Sports.

"There were obviously some sore and tired bodies," Woolf said. "We've just come through three games in nine days and it's three really big games in those nine days with a lot of travel.

"It's also again the teams sitting second third and fourth, and that takes a lot out of you, and I was prepared to ask our players to play another game on a short turnaround where they've played four games in 13 days. 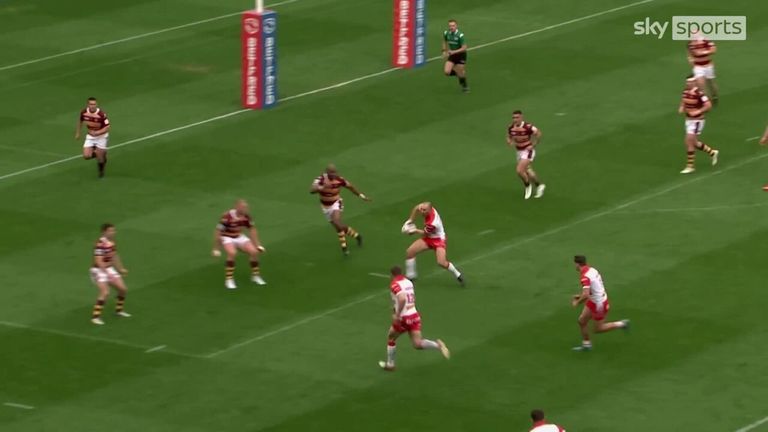 Danny Hill, signed from Championship side Widnes Vikings last year, could make his bow too while Shay Martyn, son of Saints great Tommy who made his debut against Salford Red Devils last year, is included as well and Woolf is eager to see the youngers in action.

"I get really excited when we get the opportunity to try some guys out who haven't had much of an opportunity," Woolf said.

"We've seen in the last few weeks what guys like James Bell can do with his opportunity and a number of other guys in there I'm excited about seeing what they can do. 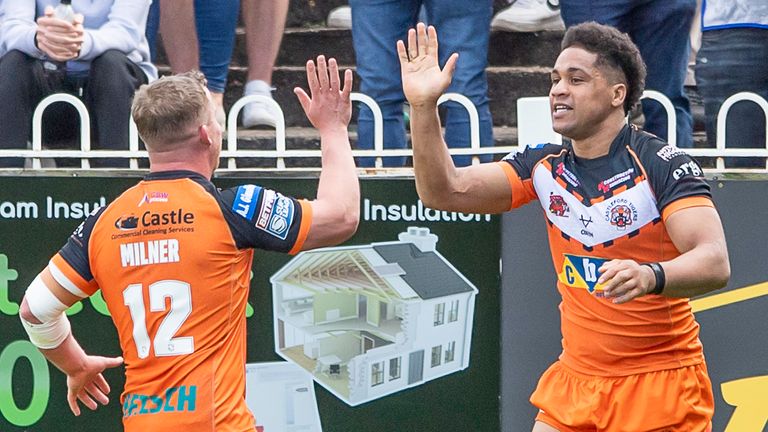 "What they get to do is come in fresh, be at their best and be really enthusiastic to throw themselves at the challenge of Cas. We get to see what they're about and we get to see them become Saints players."

Woolf's opposite number Lee Radford has made just two changes to his Castleford squad, with George Lawler and Greg Eden both returning, although Niall Evalds is out with an injury.

The Tigers welcome the reigning champions to the Mend-A-Hose Jungle after edging out Leeds Rhinos 16-14 on Easter Monday and while Radford wants a much better performance from his side, he was pleased with the result nonetheless.

"It was an awful game to watch," Radford said. "In a strange sort of way, the messiness makes the win a bit more gratifying.

"The one thing we did was defend well but we've got to sharpen our focus on Friday night. That's the acid test and playing the best team in the comp should bring the best out of us."

Rohan Smith has been confirmed as Leeds' new head coach, but with him currently still in Australia it will be interim boss Jamie Jones-Buchanan preparing the team for what is shaping up as an all-important clash with Toulouse.

Defeat at Headingley on Friday evening would leave the Rhinos bottom of Super League as they are currently sitting just above the promoted French side by one point.

Nevertheless, Jones-Buchanan has seen plenty to be positive about for when Smith, the nephew of former Leeds Grand Final-winning head coach Tony Smith, takes over thanks to the youngsters like Morgan Gannon, Jarrod O'Connor, Jack Sinfield and Max Simpson who have been making their mark.

"I believe a seed bed and a foundation has been built," Jones-Buchanan said. "I get my joy right now for what that might look like in six or 12 months when those boys have got a few more miles on the clock. 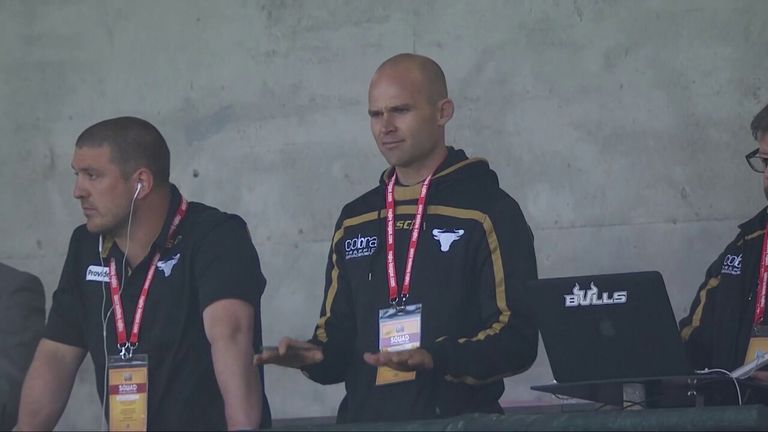 "It's a far cry from being fully complete but it's a million miles from where it was four or five weeks ago and when you think about the world-class players to come back in, it is positive."

Jones-Buchanan has only named an initial 20-man squad for the clash with Toulouse due to injuries and is aiming to bring in a loan signing to boost their resources for the match.

Toulouse, meanwhile, are without Guy Armitage for up to two months after he suffered a broken larynx in the defeat to Catalans last week, while new signing Corey Norman was not named in the 21-man squad to face Leeds.

Head coach Sylvain Houles is determined not to put pressure on his players ahead of the match though after going down 28-24 at home to Hull Kingston Rovers on Easter Monday in a game where they led 18-4 at one point. 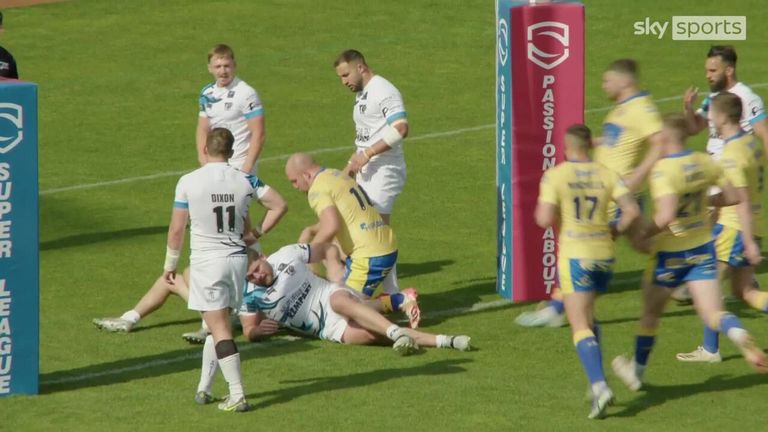 "The players know we need points and we need them quickly but we have to take that pressure away from them and allow them to play," Houles said.

"It's doable, we can compete at Super League level, we have shown it. But we have to prepare well and trust our processes and stick to our principles."