Sitting on the sidelines for Canberra Raiders' win over Sydney Roosters in the rematch of last year's NRL Grand Final saw John Bateman gain a different perspective on rugby league.

That is because he spent the match watching from behind the Perspex screen of the coaching box alongside Raiders boss Ricky Stuart - one of the more expressive members of the NRL coaching fraternity.

It was an encounter which saw Stuart go through the full gamut of emotions before Canberra eventually got a modicum of revenge for last year's controversial Grand Final defeat, emerging 24-20 victors, and it proved an eye-opening experience for Bateman.

"It's very interesting - especially when we didn't get any decisions going our way," Bateman told the Golden Point Vodcast.

"He kept grabbing my leg and slapping it, and I was thinking 'what do I do here?' But it's good to see from that side what the coaches actually get like.

"I'm only used to being on the pitch and it's good to see from the other side how technical it actually is and some of the words that get chosen to be passed down on the walkie-talkie.

"But it's interesting they don't make it down onto the field. I think there is something lost in translation through the message from the box." 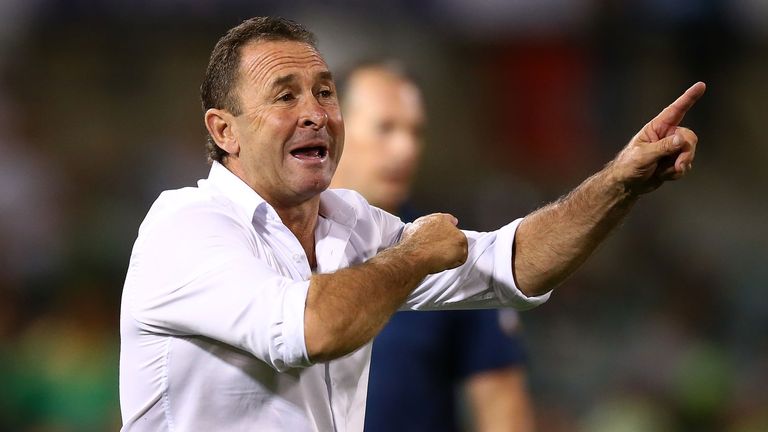 He kept grabbing my leg and slapping it, and I was thinking 'what do I do here?' But it's good to see from that side what the coaches actually get like.

Bateman is in line to make his long-awaited return for Canberra this Saturday when they take on South Sydney Rabbitohs - a team coached by his former England boss Wayne Bennett, whose laconic style in during games is very much the opposite of Stuart.

If he is selected as part of the matchday 17, it will be the 26-year-old's first appearance of the 2020 season after needing surgery on a shoulder injury and he will no doubt be determined to go out on a high in what is his final year with the Raiders.

After weeks of speculation, Bateman's return to Wigan Warriors for the 2021 season was confirmed on July 3 and the second row is adamant he never asked to be released from his Raiders contract.

However, when negotiations over his current deal stalled it led to Wigan's director of rugby Kris Radlinski making the move to bring the England and Great Britain international back to the Cherry and Whites.

"I spoke to Kris Radlinski when everything got going with the coronavirus, seeing how I was and whether the little one or my mum needed help with anything," Bateman said.

"He's always looked after my family while I've been over here if they've needed anything and at the start of the season, he sent out two seasons tickets for my mum and my little girl, and little things like that.

"Then we didn't really speak, but it came about my contract with Canberra was up for negotiation because they couldn't give me what I wanted, and they couldn't afford it moving forward for the next couple of years.

"From there, once Rads found out he started calling my agent and was ringing me to see if it was true, and it was a snowball effect from there." 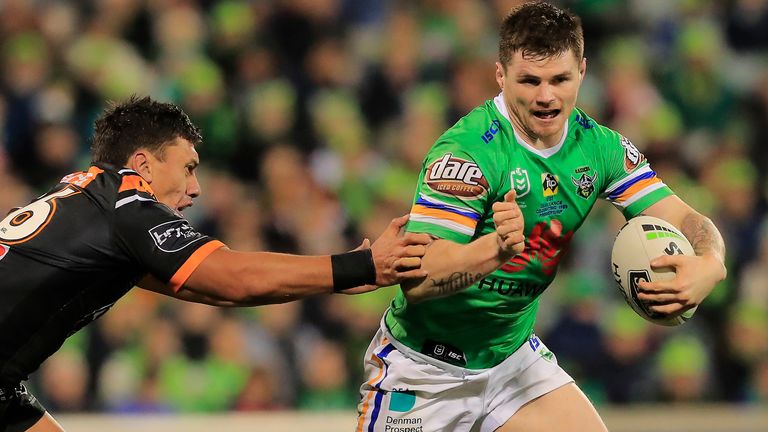 Once I was that close to signing that deal with Wigan, I didn't want anything else

Bateman will depart the NRL having made a big impression in Australia, becoming a mainstay of the Canberra pack and winning the Dally M second row of the year award in 2019 for his role in helping them reach the Grand Final.

Several clubs there made moves to keep him, including Canterbury Bulldogs - now home to Bateman's international team-mate Luke Thompson - and St George Illawarra Dragons, but Wigan's offer proved too good to turn down.

"I was pretty close to staying over here," Bateman said. "The Bulldogs came in pretty hard, they chucked everything at me and said: 'You name it and you can have it'.

"I spoke to the Dragons as well and a couple of other clubs came in pretty hard. A week before I'd signed the contract for Wigan, about three or four other clubs came out of the woodwork showing interest.

"But once I was that close to signing that deal with Wigan, I didn't want anything else."