Team of the week: The top performers from Super League Round 17

Another strong performance from Wigan's stand-in full-back helped the Warriors to a comfortable victory over Super League's bottom side Leigh Centurions.

Hastings crossed for a try and assisted two others in the 50-6 victory, coming on the back of him racking up 216 metres, five tackle busts and one clean break.

The 19-year-old seized his opportunity after replacing the injured Liam Marshall, running in his first hat-trick at senior level as Wigan trounced Leigh at the DW Stadium.

Hanley's haul came on the back of carrying for 150 metres, busting three tackles and making two clean breaks as well.

A try from the centre helped Catalans extend their unbeaten run to a club-record 12 games as they overcame Hull Kingston Rovers 23-16 at Hull College Craven Park on Monday.

Langi's try came on the back of him making 163 metres with an average gain of around 10 metres, along with making one clean break and one tackle break. 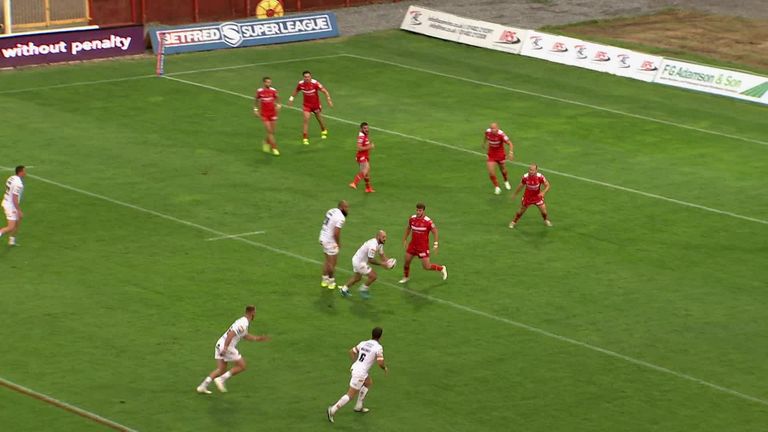 Newman continued his impressive return from long-term injury with two tries for the Rhinos, but unfortunately could not prevent them slipping to a 27-26 loss at home to Warrington Wolves.

The centre also carried for 137 metres, making two clean breaks and four tackle busts, and just edged out another two-try centre in Huddersfield Giants' Leroy Cudjoe for a place in our team.

The 20-year-old again showed his versatility for Saints by playing a big role on the wing in the 42-10 win away to Hull FC on Monday evening.

Welsby ran in three tries for the visitors at MKM Stadium, as well as carrying for 108 metres, breaking three tackles and making one clean break. 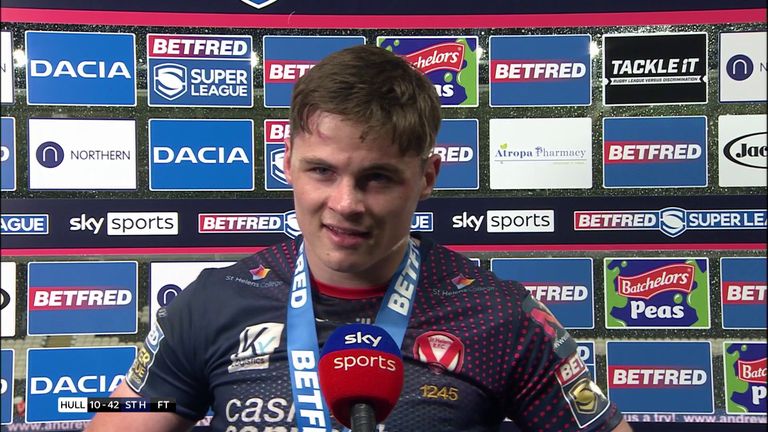 Austin was among the try-scorers for the visitors as Warrington snatched a thrilling win over Leeds at Emerald Headingley on Sunday evening.

His score came on the back of the Great Britain international carrying for 109 metres, making one clean break and four tackle breaks.

Williams' first match for the Wolves after joining them from Canberra Raiders proved an eventful one as he played a big role in the win over the Rhinos.

He provided a try assist for his new club, carried for 57 metres and made one tackle bust, along with landing the game-clinching drop goal in the dying minutes. 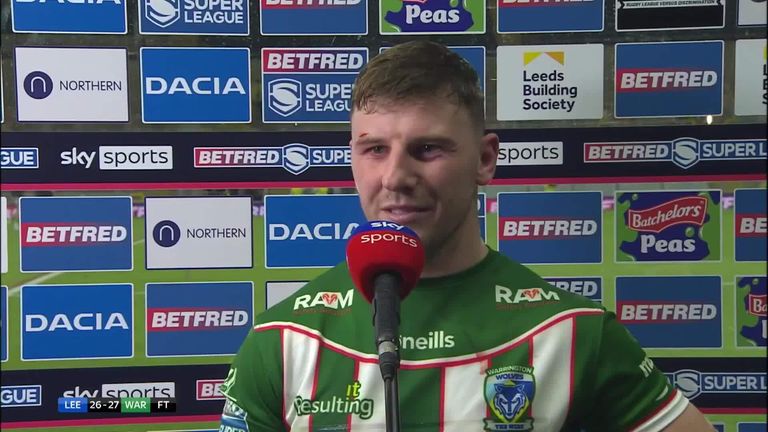 A try capped another strong performance in the front row for the England international as Leeds were edged out at home to Warrington on Sunday evening.

On top of that score, Oledzki carried for 119 metres with an average gain of around nine metres per carry, making one clean break and breaking three tackles.

As is so often the case, Roby was at the heart of things for St Helens as the reigning champions came away from Hull FC with a victory.

The hooker provided two try-assists for his team, along with carrying for nearly 50 metres and gaining around eight metres per carry, including four runs from dummy-half. 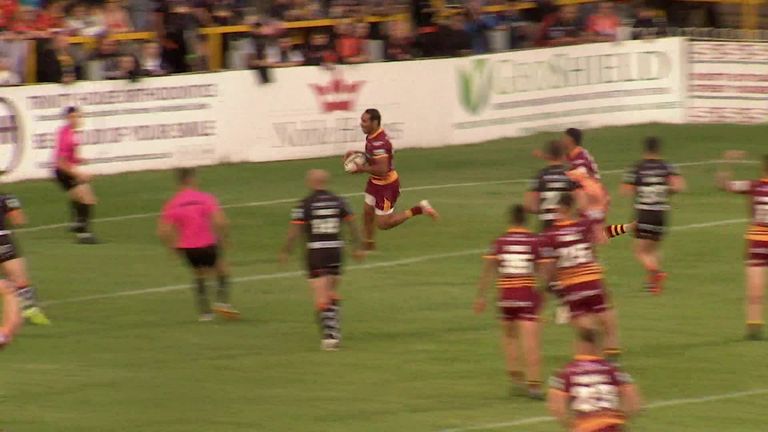 The prop played an important role off the interchange bench for Huddersfield as they won 34-16 away to Castleford Tigers on Monday.

As well as scoring a try, Peteru carried for 115 metres with an average gain of around 10 metres, made one clean break and broke two tackles. He also came up with 26 tackles in defence.

Huges put in an immense defensive shift in the second row for Warrington as they saw off Leeds, coming up with 51 tackles for his side.

The Wolves captain was strong with the ball in hand too, carrying for 114 metres with an average gain of around eight metres and making two tackle breaks. Another strong performance in the second row from Farrell helped Wigan on their way to a convincing win over Leigh in the derby clash.

He scored two tries and provided one assist, along with carrying for 99 metres, making one clean break and four tackle breaks.

All-purpose back row Shorrocks produced another try-scoring display for the Warriors as they secured a big win at home to Leigh on Sunday afternoon.

Playing at loose forward, he also came up with an assist, broke five tackles and carried for 137 metres.