Gareth Widdop celebrated his recall to Shaun Wane's England squad with an 18-point haul in Warrington's victory at home to Wakefield Trinity; "I feel he's been the form player in the competition and will be a great asset to England," Steve Price said

Steve Price is in no doubt Gareth Widdop will be an asset to the England side after he celebrated his recall to the international fold with an 18-point haul in Warrington Wolves' 38-18 win over Wakefield Trinity.

Widdop, who was an England regular under previous coaches Steve McNamara and Wayne Bennett, had been left out of Wane's initial squad preparing for this autumn's Rugby League World Cup but his recent eye-catching displays for the Wolves saw him earn back his place in the squad this week.

And he marked the recall with a try, had a hand in two others and landed seven goals from as many attempts - the majority off the touchline - as the Wolves bounced back from their disappointing Challenge Cup semi-final defeat by Castleford the previous weekend.

Gareth Widdop celebrated his England recall with an 18-point haul to help Warrington to a 38-18 win over Wakefield.

"I'm really pleased for Gaz," Price said. "I feel he's been the form player in the competition and will be a great asset to England.

"At the moment it's a reflection of what he did in pre-season. He's in a good place and playing terrific."

The Wolves boss was also delighted with his team's response after their disappointing Challenge Cup semi-final defeat by Castleford.

Meanwhile, winger Josh Charnley was back among the tries after a barren spell as he claimed a hat-trick in the win. 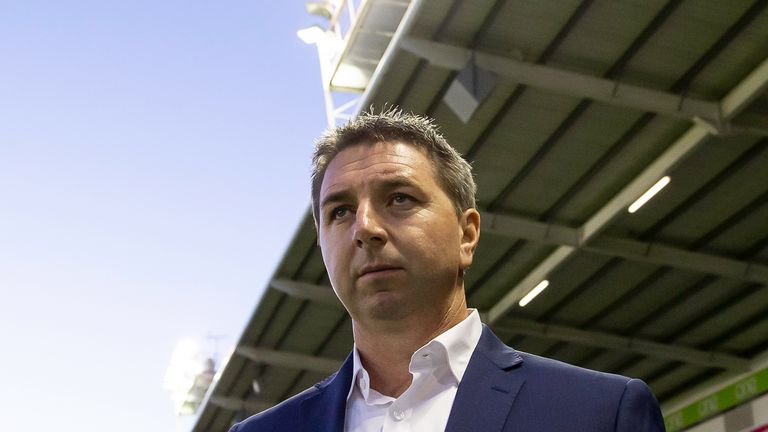 I feel he's been the form player in the competition and will be a great asset to England.

"Josh has been down a little bit and it was great reward for hanging tough and perseverance and it showed tonight he got some good clean ball and I'm really pleased for him because he works hard at his craft," Price said.

"Sometimes in this game it's not always how you want it to be, but it was tonight, and I'm really pleased for him."

Wakefield coach Chris Chester revealed his side only arrived at the Halliwell Jones Stadium 45 minutes before kick-off after a three-hour journey due to problems on the motorway but did not give any excuses for his team's defeat.

"For the first 20 minutes we looked liked a side that had just spent three hours on the bus but that's not being used as an excuse," Chester said.

Westerman and Widdop get England call-ups

"It wasn't ideal, and we had to strap the players on the way to the ground, but it was just one of those things you can't plan for.

"But after saying that we weren't good enough in that opening 20 to 25 minutes where we really struggled.

"I thought our ruck control was poor and contacts in the middle were not up to standard and once Warrington start playing quick it's very hard to get it back."