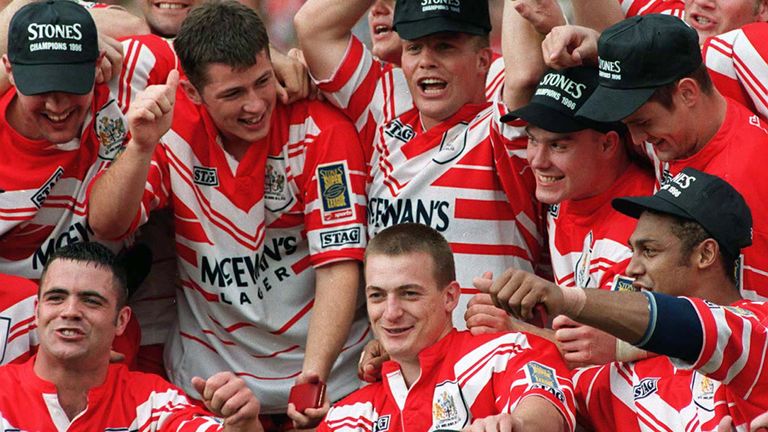 On this week's episode of the Golden Point Podcast, Alan Hunte and Tommy Martyn join the panel to look back on St Helens' 1996 Super League triumph.

Three-quarter Hunte and half-back Martyn both played prominent roles as Saints claimed a league and Challenge Cup double during the first season of summer rugby league.

Along with Marc Bazeley and Sky Sports rugby league expert Barrie McDermott, the duo reflect on the switch from playing in the winter to the summer and becoming full-time rugby players.

There are plenty of insights into how they broke Wigan's stranglehold on rugby league in this country, along with what head coach Shaun McRae brought to the team.

Plus, hear some previously untold stories about team-mates and what really goes on behind the scenes.