Indianapolis 500: When to watch the epic oval race live on Sky Sports F1 as drivers bid for Brickyard glory

Who will claim victory in the 'Greatest Spectacle in Racing'? Scott Dixon starts on pole for Sunday's race, and Sky Sports F1 coverage starts at 3.45pm ahead of the green light at 5.45pm; special build-up features McLaren F1 driver Lando Norris 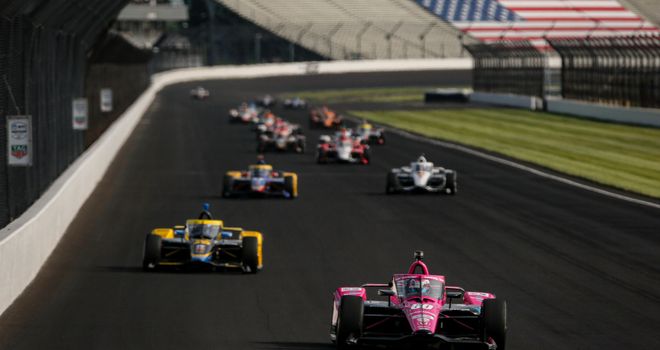 It's America's showpiece race. It's steeped in history. It's furiously fast. And it's all live on Sky Sports F1!

Don't miss one of the greatest events in motorsport this weekend as the 105th running of the Indianapolis 500 takes place - with 33 drivers all desperate to claim a landmark victory around the famous 2.5-mile oval.

Sky Sports F1 is your home for all the action on Sunday - and we also have a very special build-up show in store with McLaren Formula 1 star Lando Norris joining Tom Gaymor and Sky F1's Natalie Pinkham from the McLaren Technology Centre from 3.45pm to look ahead to the big race. 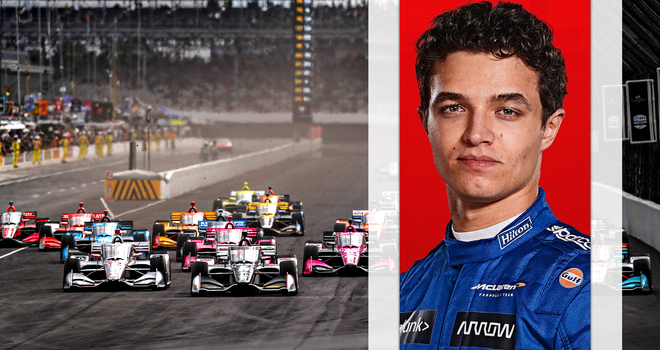 Dubbed the 'Greatest Spectacle in Racing', get ready for more fireworks this weekend as a hugely-competitive Indy Car season heads to the Brickyard, with many contenders for the Indy 500.

Scott Dixon, the championship leader, will line up on pole position. Dixon has four Indy 500 poles but only one victory - way back in 2008.

Dixon starts ahead of two of IndyCar's bright young talents on the front row and is the combined age of American Colton Herta, 21, and Dutchman Rinus Veekay, 20.

The first three rows account for six Indy 500 wins and eight series championships among four drivers, with Tony Kanaan, Ryan Hunter-Reay and Heli Castroneves all in the top nine, which is rounded off by ex-F1 driver Marcus Ericsson. Alexander Rossi should be quick from 10th, while Arrow McLaren will be hoping to build on their growing IndyCar momentum - with three drivers entered for Sunday's race.

They are Pato O'Ward (12th), Felix Rosenqvist (14th) and the returning Colombian legend Juan Pablo Montoya (24th), who is aiming for a third Indy 500 win.

The final practice session - dubbed 'Carb Day' - takes place on Friday, May 28 and is also live on Sky F1 from 4pm as drivers and teams get ready for the race two days later.