Barclays FA Women's Super League: How to follow the 2022/23 season on Sky Sports

You'll be able to watch all the twists and turns of the 2022/23 WSL season on Sky Sports, right through until its conclusion on the weekend of May 27/28, with 35 games shown exclusively live 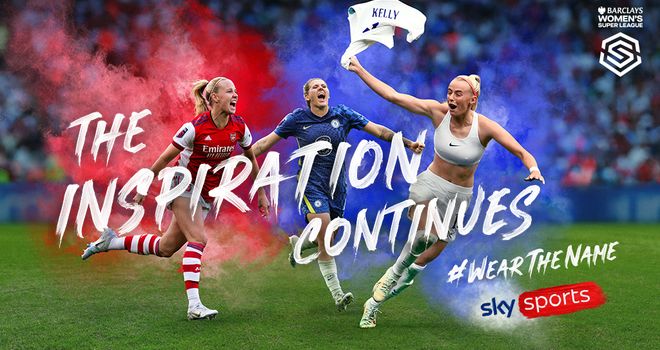 The Barclays FA Women's Super League will continue to be one of Sky Sports' flagship offerings during the 2022/23 campaign and after viewing figures rose an incredible 171 per cent last season, we will show 35 games exclusively live this time around.

The current Sky Sports WSL presenter line-up is led by Caroline Barker and includes expert pundit Karen Carney. Joining them this season will be another of England's all-time greats, Kelly Smith MBE, known for her successful spell at Arsenal and as England Women's all-time record goal scorer.

Airing every Thursday on Sky Sports Premier League, Jessica Creighton will return with her comprehensive round-up of all things WSL and women's football with Inside The WSL.

The programme will continue to go beyond the pitch with exclusive behind-the-scenes access, in-depth analysis, player and manager interviews and tackle the issues in and around the game.

As always, Sky Sports News will run 24 hours a day with rolling editorial coverage throughout the season, and bespoke Twitter channel @SkySportsWSL will continue to be the home of all Barclays FA WSL content on Sky Sports.

From world-class stars like Sam Kerr and Vivianne Miedema, to the endless rivalry of the 'big three' - Arsenal, Chelsea and Manchester City - there are plenty of reasons to be excited for the 2022/23 season on Sky Sports.

This season, Sky Sports makes women's football coverage more accessible to fans than ever before via Sky Showcase, TikTok, Snapchat and more... 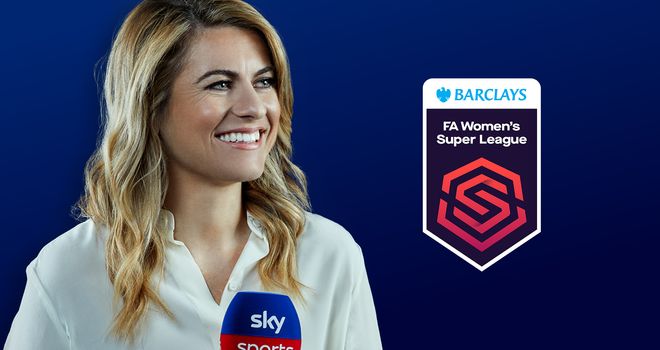 New to the 2022/23 season, the Sky Sports WSL TikTok account will be giving fans 360° coverage of the league and granting them exclusive access to their new favourite players. Through fun challenges and interviews, along with behind-the-scenes footage, viewers will get to know the WSL's array of personalities and see the sport from a new set of angles.

Also a first for the league, a new Snapchat Discover show The Dub aims to become the platform's new hub for Barclays' WSL content. Discussing the biggest news and breaking down the action, The Dub will deliver Snapchat users their weekly fix of the WSL and an opportunity to join the conversation.

Following the Lionesses' triumphant win at the Women's Euros, the players tell the story of their journey towards victory under the Wembley arch, as they cemented an everlasting legacy. A number of our WSL players who were part of the squad tell their story, including Leah Williamson, Ella Toone, Keira Walsh and Chloe Kelly.

Inside the WSL - Hosted by award-winning broadcaster and journalist Jessica Creighton, Inside the WSL is a comprehensive round-up of all things Barclays FA Women's Super League and women's football. Airing weekly on Sky Sports Premier League, the half-an-hour show will review and preview matches, including in-depth analysis and exclusive player interviews. Viewers can expect gripping behind-the-scenes access as well as a summary of all the action both on and off the pitch.

Sky Sports Social - Alongside coverage and visibility for the league across all Sky Sports' main social media channels, the bespoke Twitter channel @SkySportsWSL will continue to be the home of all Barclays FA WSL content on Sky Sports.

Sky Showcase - All Sky customers will benefit from being able to watch the opening weekend fixtures on Sky Showcase (channel 106) without a Sky Sports subscription. This channel is designed to curate some of the top shows, films and sports from across Sky's channels.

Sky Sports digital - Follow all the latest from the WSL across SkySports.com and app, including exclusive features and interviews, plus dedicated live blog coverage and in-game clips from games live on Sky Sports. You can watch free match highlights from every WSL game this season on Sky Sports' digital platforms and YouTube channel.