Olympic champion Jessica Ennis-Hill wants to embark on another fairytale journey that will lead to gold at the 2016 Rio Games.

The 28-year-old heptathlete from Sheffield has spent a year away from sport, having given birth to her first child, and returned to training just two weeks ago. 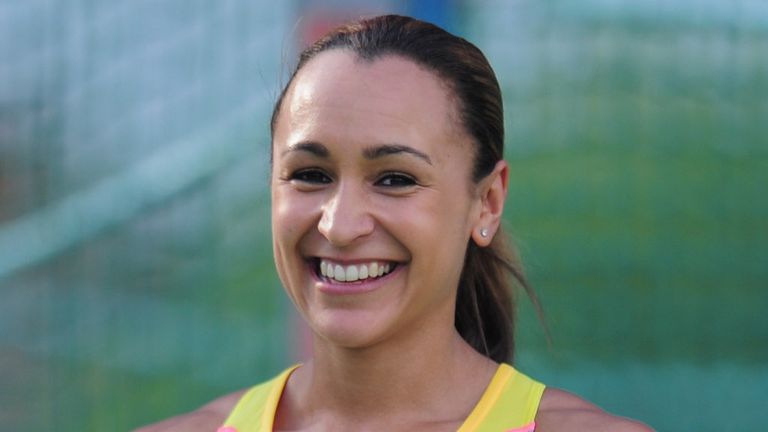 It's nice to be back and I’m just easing into it, getting my legs turning over.

Speaking exclusively to Sky Sports, Ennis-Hill confirmed she is targeting a return to competition next summer – with the World Championships in Beijing “a realistic aim” after carefully building back up to peak fitness.

Should all go well, Ennis-Hill wants to be at full power by the time the Rio Games begin and retain the London 2012 gold medal that confirmed her status as 'the First Lady of athletics'.

“It's nice to be back and I’m just easing into it, getting my legs turning over,” she told Sky Sports News HQ.

“It's amazing being a mum. I'm loving every minute of it and it's great now I can get back on the track. It's definitely a busy time ahead, with lots to juggle.

“At the moment it's just about taking small steps but I'm hoping to compete again next summer. The World Championships in Beijing is a realistic aim and would be great. But the main aim is the Rio Olympics, that's where I want to be back at the top of my game.”

Ennis-Hill’s 6,955 points total in the heptathlon in London was a British and Commonwealth record and she has also shown previous interest in competing in singles hurdles events.

She admits she retains interest in both events but stressed the importance of being careful with her body after the physical rigours of pregnancy and child birth. 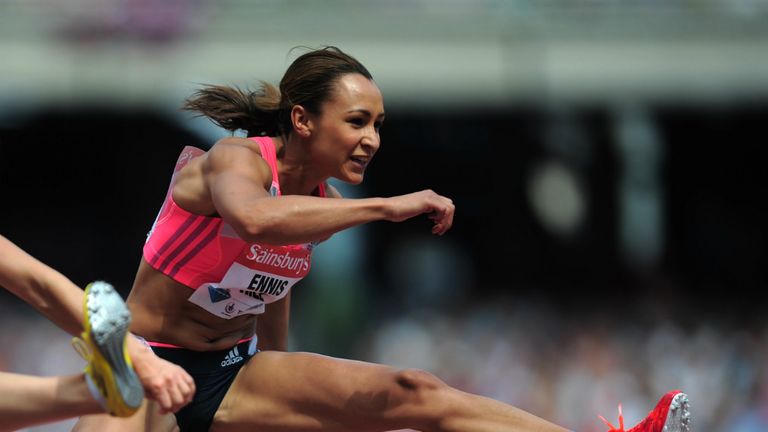 I love the hurdles and I still want to give that a serious go but I’m training for the heptathlon for now.

“I love the hurdles and I still want to give that a serious go but I’m training for the heptathlon for now and really focusing on that," she said.

"I’m hoping to get a really good qualifying score for the Rio Games and take it from there, but I’m not pushing things too soon.

"There are lots of things to be careful about. My body has been through so much so it’s all about taking small steps and listening to my physio Alison Rose.

“Even though I was training during my pregnancy it was nowhere near the level I’m training at now. It’s about doing the rehab stuff and building back up as strong as I can. It’s a bit like getting back on a bike again.

“But it would be incredible to be able to step away from my sport, have a baby, and then come back to win another Olympic gold medal – it would be a fairytale.”