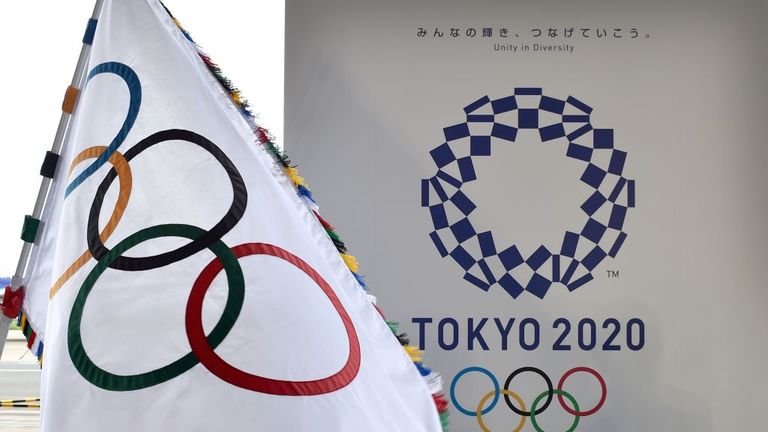 Russia have been banned from all major sporting events for the next four years, the World Anti-Doping Agency has confirmed.

The Russia flag and national anthem will not be allowed at events such as the Tokyo 2020 Olympics and 2022 football World Cup in Qatar.

Athletes that can prove they were not tainted by the scandal will able to compete under a neutral flag as was the case during the 2018 Pyeongchang Olympics.

WADA's executive committee took the decision after it concluded that Moscow had tampered with laboratory data by planting fake evidence and deleting files linked to positive doping tests that could have helped identify drug cheats.

WADA President Sir Craig Reedie said: "The ExCo's strong decision today shows WADA's determination to act resolutely in the face of the Russian doping crisis, thanks to the Agency's robust investigatory capability, the vision of the CRC, and WADA's recently acquired ability to recommend meaningful sanctions via the Compliance Standard which entered into effect in April 2018. Combined, these strengths have enabled the ExCo to make the right decisions at the right time.

"For too long, Russian doping has detracted from clean sport. The blatant breach by the Russian authorities of RUSADA's reinstatement conditions, approved by the ExCo in September 2018, demanded a robust response.

"That is exactly what has been delivered today. Russia was afforded every opportunity to get its house in order and re-join the global anti-doping community for the good of its athletes and of the integrity of sport, but it chose instead to continue in its stance of deception and denial.

"As a result, the WADA ExCo has responded in the strongest possible terms, while protecting the rights of Russian athletes that can prove that they were not involved and did not benefit from these fraudulent acts.

"On behalf of the ExCo, and of the many WADA stakeholders that supported the CRC recommendation, I would like to thank the members of the CRC for their expert and considered recommendation, as well as WADA I&I and the forensic experts for their skill, diligence and perseverance in getting to the bottom of this highly complex case."

Russia, which has tried to showcase itself as a global sports power, has been embroiled in doping scandals since a 2015 report commissioned by the World Anti-Doping Agency (WADA) found evidence of mass doping in Russian athletics.

Its doping woes have grown since, with many of its athletes sidelined from the past two Olympics and the country stripped of its flag altogether at last year's Pyeongchang Winter Games as punishment for state-sponsored doping cover-ups at the 2014 Sochi Games.

Monday's sanctions had been recommended by WADA's compliance review committee in response to the doctored laboratory data provided by Moscow earlier this year.

One of the conditions for the reinstatement of Russian anti-doping agency RUSADA, which was suspended in 2015 in the wake of the athletics doping scandal but reinstated last year, had been that Moscow provide an authentic copy of the laboratory data.

The sanctions effectively strip the agency of its accreditation.

Some Russian officials, meanwhile, have branded the call for sanctions unfair and likened it to broader Western attempts to hold back the country.

If RUSADA appeals the sanctions endorsed by WADA's executive committee, the case will be referred to the Court of Arbitration for Sport (CAS), WADA has said.

Could Russian players still be at 2022 World Cup?

Initially a headline of "Russia banned for four years," seems like WADA is handing down a seriously harsh punishment. On one hand it is. If Russia do not appeal successfully to CAS then no Russian flag, anthem, tainted sportsmen, tainted sportswomen, coach or dignitary will be seen or heard for four years at all the major sporting competitions from Olympics to World Cups.

However, WADA have left the door somewhat ajar, in how they put it to 'protect the clean athlete'. What they mean is that any Russian athlete and their support staff can compete at global events as a neutral if they can prove they have not been part of Russia's state-sponsored doping programme, not had any of their data or doping samples manipulated and not been implicated in the 2015 McLaren Report.

Athletes who fall into this criteria have competed as neutrals before. The IAAF, now World Athletics, have had their Authorised Neutral Athlete (ANA) programme since they banned Russian track and field athletes in 2015 and 168 Russians competed at the 2018 Winter Olympics in various sports.

Where competing as a neutral is less clear is in team sports such as football. Jonathan Taylor QC, the legal brain behind today's decision, has confirmed to Sky that there is the possibility that a team of neutral Russian footballers could take part in the 2022 FIFA World Cup in Qatar.

Confused? I'm not surprised if you are, because when the announcement from WADA came through, it stated that Russia would be banned from global sporting events such as the World Cup for four years. Yet once you get down to the small print, Taylor admitted that FIFA and WADA would have to work together to see if it would allow or prevent a team of neutral Russian qualified footballers to play at Qatar 2022.

Right now they don't know! And it's all subject to whether 'Russia' qualifies. If FIFA and WADA allow that, then regardless of the kit that team plays in, the flag they walk out to, everyone would know it's a Russian team.

Taylor, who clearly has had one of the most legally challenging jobs possible, did say this though; "What if a neutral Russian team do make it to the final? There will be no President there to watch them, no Putin." True, but that statement may show that this whole saga has long turned into a political battle between Russian President Vladimir Putin and the great and good administrators and executives of global sport.

The actual sportsmen and women and of course the fans and supporters of sport are the one left feeling a little confused.