Sheffield Sharks guard Jordan Ratinho reflects on his start to life in the BBL, making the move from the US and meeting a familiar face upon arriving in the UK; watch Ratinho and the Sharks take on the Plymouth Raiders live on Sky Sports Mix from 7pm on Friday evening

A welcome reminder of home awaited Jordan Ratinho as he bridged the 5,000 mile transatlantic gap to trade in Californian sun for European culture in his first year as a professional out of college.

The University of San Francisco product found his way to the UK earlier this season as he signed with the Sheffield Sharks in January after a swift detour through Germany had seen his campaign with Herford cancelled just two games in.

Who should be there to greet him in the BBL? None other than his old USF team-mate and roommate and now-Cheshire Phoenix center Jimbo Lull, who joined the Dons programme alongside Ratinho as part of the same 2016 recruiting class.

"It's pretty cool the way it ended up working out," Ratinho told Sky Sports. "It's cool being able to see him already playing here when I first got over. He told me a little bit about the league but it's just seeing a familiar face.

"Playing with him and living with him for four years before this, it's just something that you remember, playing against your old college team-mate and roommate in your first year as a Pro so it's been a pretty cool experience and I'm looking forward to hopefully playing him again." 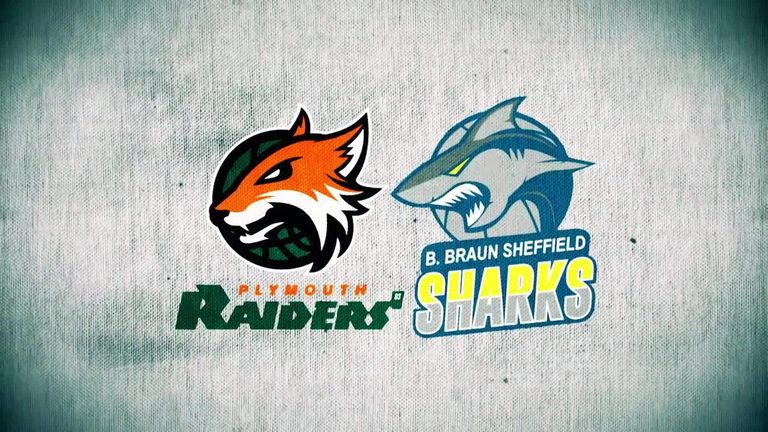 It is advantage Lull so far in the BBL after the Phoenix beat the Sharks 67-57 in February's encounter before following it up with a 75-69 victory in March's reverse meeting.

The pair go back a long way. Besides hailing their success together on court, Ratinho also offers few complaints about Lull as a "clean and organised" roommate.

"He'd keep me on top of my dishes and things like that," joked Ratinho. "He was cool to live with and we got along well and yeah, miss it."

Ratinho averaged 8.9 points, 1.9 rebounds and 1.1 assists through 32 games for the Dons last season, graduating last May with career averages of 9.3 points, 2.7 rebounds and 1.1 assists through a USF record 136 games, including a school record 126 starts. He was also named to the WCC All-Academic First Team three years in a row and set a new USF benchmark for three-pointers made with 251.

Alongside Lull and Remu Raitanen he was also part of the winningest Dons class in 35 years with a 85-52 record.

"I had four great years, I had a great coaching staff coming in, coach Kyle Smith, coach Todd Golden in my last year and then the rest of the staff they kind of prepared me for the next level," he explained.

"I think our class definitely helped turn that programme around at San Francisco so it was a pretty cool experience. The whole college experience is something you don't forget and it moulds you, it sets you up to be the person you are in the future. I'm never going to forget the bonds I made and the moments I had on the court."

A warming reunion on British soil has been part of a transition period for the Sheffield sharp-shooter, for whom there has always been a European connection thanks to his mother and father's Portuguese roots, which notably makes representing Portugal a real possibility further down the line.

For now his sole focus is on Sheffield and Friday's clash with the Plymouth Raiders, which he enters averaging 11.3 points, 5.1 rebounds, two assists per game through 16 outings in the BBL Championship.

His production has been immediate, Ratinho putting up 20 points in last month's win over the Manchester Giants as well as recording 20 and 18-point performances against the Worcester Wolves and Bristol Flyers, respectively, in his last two games.

"I'm pretty settled down now, I'm pretty comfortable with the team and everybody and with our routine and with just playing on the court," he added.

"I think for me coming in it was kind of an adjustment for the team to be able to work me in and figure out how we were going to play with me on the court so I think we've got it down pretty well but for me personally the UK has been good to me."

Already the Steel City has made a lasting impression on the Concord native.

"You can't beat California weather so it's a little bit different, it's not too bad," Ratinho jokes. "It was cool seeing a little bit of snow when it came down a little earlier this year.

"It's a little bit cooler, I was in San Francisco the last four years so it's not too bad for me. For me it's cool being able to live in a different country and experience a new culture and it just makes it easier with everybody still speaking English so it hasn't been too bad." 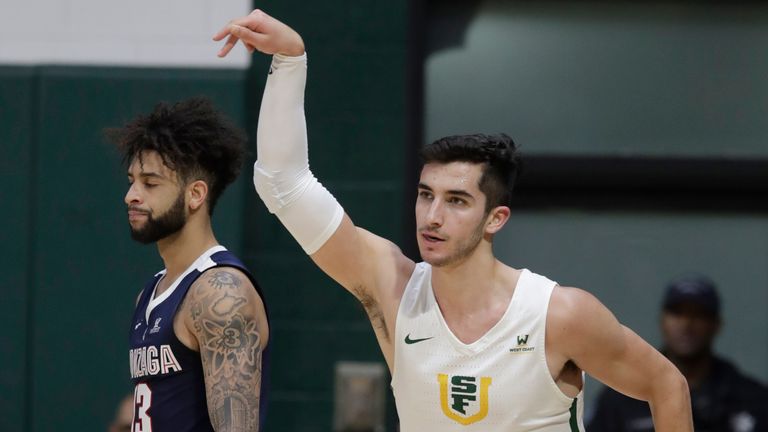 "Overall I think it's been getting used to playing with the other guys, guys who are used to playing the game and maybe a bit more physical than I'm used to. It's not too big of an adjustment for me, I think I could fit in really anywhere in the basketball world so I don't think it was too bad for me coming in."

Ratinho on adjusting to life in the BBL

While the language may be familiar, deciphering the accent has been another part of the process.

As far as possessing prior knowledge of the BBL goes, Ratinho admits his education was limited. Nonetheless, upon further research, he was quickly impressed by the blend of established British talent and growing pool of highly-regarded American imports.

A standout perimeter threat appreciative of his responsibilities as a creator, the 23-year-old evidently fit the mould for Sharks head coach Atiba Lyons.

"He really sold the culture and he told me that I was the type of player he was looking for," said Ratinho. "He was looking to sign somebody who could shoot the ball, who could space the floor and who knew how to play basketball the right way. I think he has a lot of confidence in me now as a player and I'm just doing what I can to help the team out." What's more, he operates with the progressive mentality and attention to detail capable of furthering both Sheffield and the BBL's high on-court standards.

In the Sharks' case, that means being more attentive to playing the role of provider.

"We're really trying to pick up our assist total and play with each other more and get each other better shots, sometimes the ball sticks a little bit too much," he said. "Just being consistent, being locked in every game, coming out the same way every game, playing hard, communicating.

"I think if we just get consistent with everything that coach Atiba has been putting in we'll be ready to go late in the season and then onto the post-season.

"You can't take one game lightly, I know we've taken a few games a little bit lighter than we should. We get up for the big games and when we play the top three teams we play really well and show what we can do, sometimes when we play other teams we kind of come out flat."

Ratinho's debut game in the BBL happened to come against Friday's opponents Plymouth, during which he posted 17 points, eight rebounds and two assists in a 83-78 win.

The Sharks have since won seven of the last 16 games and currently sit sixth level on 22 points with fourth and fifth and just two points off second and third.

"It was my first game, I wasn't super comfortable with everything going on but I was just trying to show everybody what I could do and just come out and play confident," he said.

"I didn't know exactly what the rotation would look like because that was my first game so just being able to get out there and be confident set me up for the games following and gave me some confidence."

Watch Ratinho and the Sheffield Sharks take on the Plymouth Raiders live on Sky Sports Mix from 7pm on Friday evening.