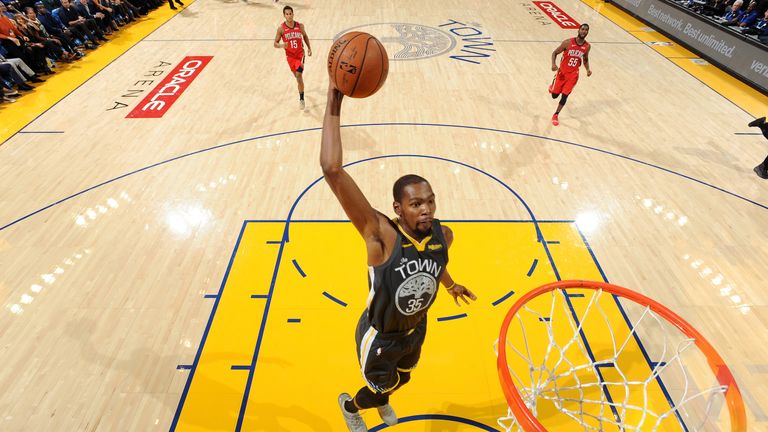 Golden State team-mates Kevin Durant and Jonas Jerebko combined for a breakaway dunk in the Warriors' 131-121 win over the New Orleans Pelicans.

The duo showcased the Warriors' trademark team-work with 3:43 remaining in the third quarter as Jerebko was first to react as Pelicans' point guard bobbled a loose pass.

The Golden State forward seized possession and instantly whipped a behind-the-back pass upcourt to a waiting Durant who, with no Pelicans defenders near him, cruised towards the basket before unleashing a vicious one-handed dunk.

Click on the video at the top of the page to view Durant's dunk along with nine more top plays from Wednesday night's NBA action.