DeGale’s IBF and Jack’s WBC super-middleweight titles are up for grabs in Brooklyn’s Barclays Center, live on Sky Sports at 2am, and fighting in the city has brought back memories for the British champion.

“New York is a massive boxing city, a lot of the greats have fought here," DeGale said. 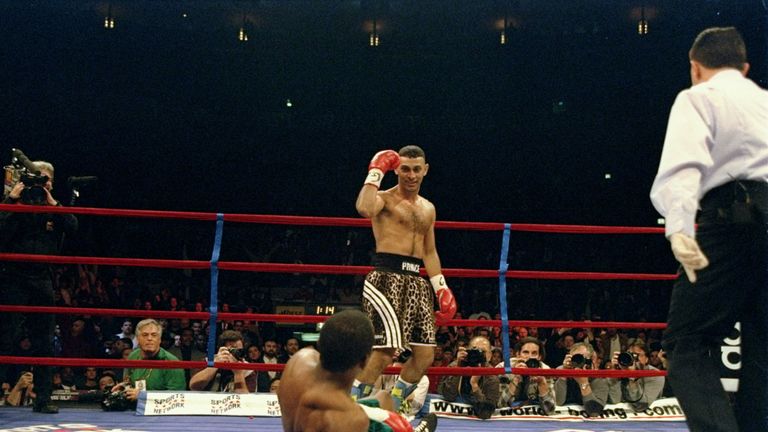 Hamed was the WBO featherweight champion with a perfect 28-0 record when he travelled to New York’s famous arena in 1997.

Kelley was a 50-fight veteran boxing on home turf but the 23-year-old Hamed won via fourth-round stoppage after a combined six knock-downs.

DeGale, in the early hours of Sunday morning, can add his own chapter to New York’s rich boxing legacy if he partially unifies the 168lbs division by prising away Jack’s world title.

Watch James DeGale v Badou Jack in a unification fight from the Barclays Center, New York, live on Sky Sports 1, 2am, Sunday, January 15. Or watch for £6.99 without a contract, on NOW TV.