The 36-year-old's future in boxing has been left in serious doubt after he appeared to suffer a serious leg injury before being halted by Bellew at The O2.

IBF champion Joshua was watching from ringside as part of the Sky Sports team and offered words of respect to his beaten British heavyweight rival.

"All credit to Haye, because with a busted leg he stayed in there," Joshua told Sky Sports Box Office.

"Most people could have bailed out. People were saying he should throw the towel in and all sorts, but he stayed in there as long as possible.

"Credit to Tony Bellew, he stood in there with a heavyweight, and it was amazing that he took his best punches as well.

"As a cruiserweight moving up to heavyweight, he took his best punches and went toe-to-toe. Credit to Tony Bellew."

Reports that Haye had suffered a pre-fight injury emerged in recent days and Joshua admits he took a keen interest in the former world champion's physical condition.

Asked if Haye had gone into the fight with an injury, Joshua said: "I don't think he did, because I had heard rumours about his shoulder.

"He was on Instagram and posted who his doctor was, so I quickly popped on the internet and did a bit of research.

"I heard this doctor works with a lot of footballers and does their knees. You can see his knee went." 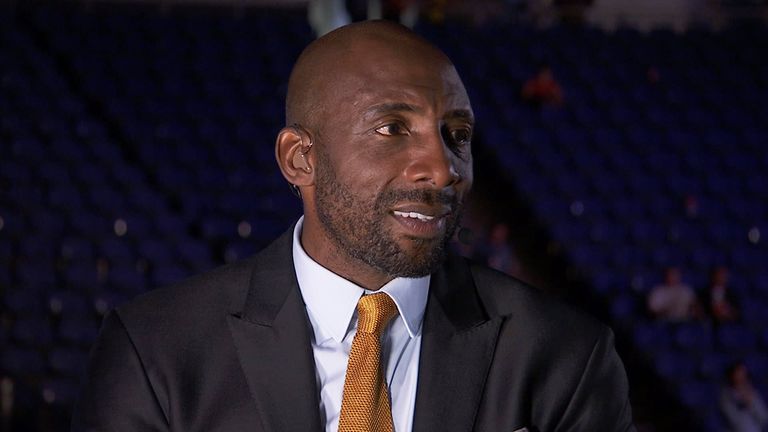 At one point I said Shane needs to pull him out and Anthony says 'no, he's still dangerous, let him in there.'

"I tell you why he didn't mention it, because he's showing he has the guts, the courage to go through it," said Nelson.

"At one point I said Shane needs to pull him out and Anthony says 'no, he's still dangerous, let him in there.'

"It got to the point where David couldn't do anything. He couldn't keep himself up, couldn't get the power off his shots. He had to dive in with his right hand, there was no real power there.

"What did he have to offer other than a bit of luck he was hoping for?"