Deontay Wilder could make the next defence of his WBC title in September or October, but promoter Eddie Hearn fears he will reject the offer of a Dillian Whyte fight.

The unbeaten American heavyweight is yet to announce his next opponent and Hearn has tried to set up a world title defence against Whyte, who is due to make his US debut this summer.

But Wilder seems to have rejected the deal in an expletive-laden rant on social media.

"I've made several offers to Al Haymon's team and we are awaiting a final answer, but I think Deontay made things clear on his Instagram," Hearn told Sky Sports.

"It's a great offer and a great career move - a chance to earn plenty of money but also be involved in a real fight and IF he is good enough to win then it sets up a massive fight between Anthony Joshua and Deontay Wilder. 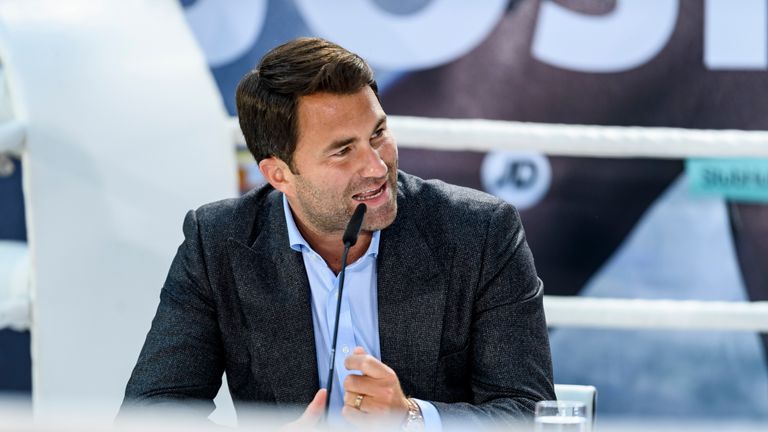 Let's hope we can all be sensible and give the fans what they want - real heavyweight match-ups.

"What I'm seeing from these camps is a reluctance to face Dillian. They know he is a handful and it's more than likely you are going to have a roll around at the press conference as well.

"Let's hope we can all be sensible and give the fans what they want - real heavyweight match-ups."

Promoter Lou DiBella, who works closely with Wilder, pointed out that the 'Bronze Bomber' still has to fulfil a mandatory title defence against Bermane Stiverne.

"His immediate priority is to get the biggest fight he can get, but the Bermane Stiverne fight is a reality we have to deal with," DiBella told Sky Sports.

"He is still technically the WBC mandatory and we are the WBC champion."

Asked about Wilder's future plans, DiBella added: "I think Deontay is ready to return shortly. He would like to get into the ring.

"At this point - this is now the middle of June - probably September-October. I think he would like to return as soon as the opponent situation and who he is fighting is determined, and the network date has been settled."