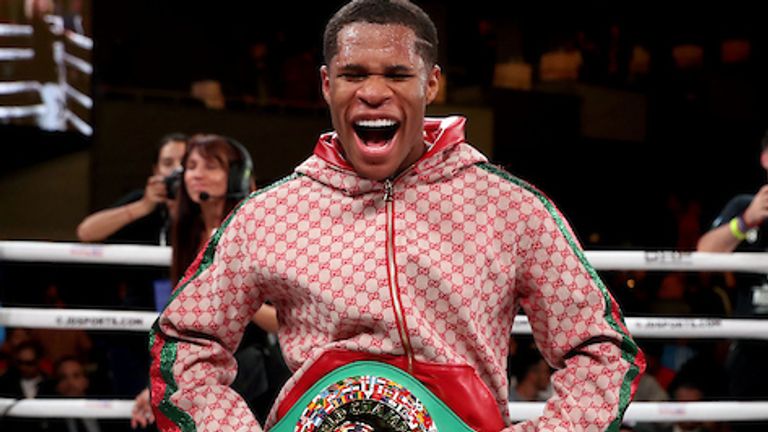 Devin Haney says that he's ready to take on pound-for-pound superstar Vasiliy Lomachenko and he even gave the Ukrainian a new nickname...

Devin Haney once again showed his star quality as he forced a stoppage of Zaur Abdullaev to win the WBC 'Interim' lightweight world title in New York.

'The Dream' was a class above the unbeaten Russian at the Madison Square Garden Theater, completely dominating proceedings before Abdullaev's corner pulled their charge out after four punishing rounds of action.

Having improved his record to 23-0, the 20-year old Haney went on to call out the WBC's full champion Vasiliy Lomachenko.

It was a comfortable start for the Las Vegas-based lightweight, 'The Dream' quickly taking control of the opening rounds with a snapping ramrod jab, Abdullaev offering very little in response. 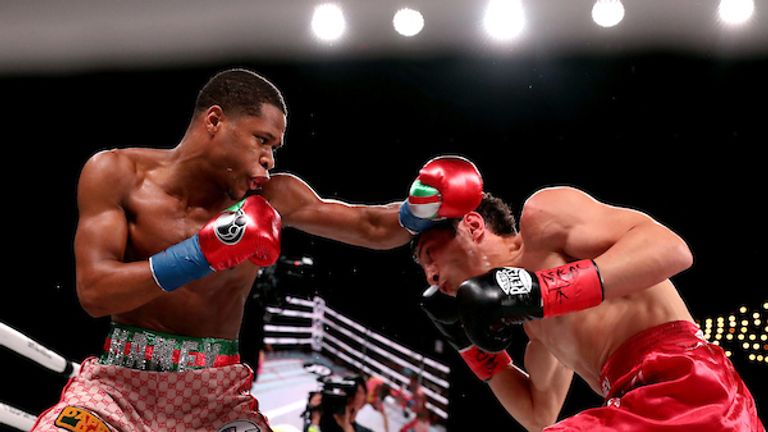 Devin Haney showed his class in his WBC interim world title clash against Zaur Abdullaev. The 20-year-old American was too quick and too good for the Russian

The visitor looked to initiate attacks in the third, walking his man down, but it proved to little avail, the American star countering with a lashing double-left attack to the body, a flash uppercut and two straight rights quickly following, every punch seeming to land with presumptuous ease.

Abdullaev went back to his corner after that fourth and his team decided to pull him out of the lightweight clash with a possible fractured cheekbone.

Haney confirmed afterwards that he is likely to next fight on November 9 in Los Angeles.