The Swedish heavyweight shared a brutal battle with Tyson Fury

The Swedish heavyweight emerged with credit from last September's brutal battle with Fury, despite suffering a points loss, and the Brit star has since claimed the WBC belt with a stoppage win over Deontay Wilder.

Wallin had to withdraw from a scheduled fight against Lucas Browne in March after suffering a foot injury, while he also had to overcome coronavirus symptoms, but is now ready to resume his career.

"Otto has finished his physical therapy for the injured foot and is returning back to boxing training," Salita told Sky Sports.

"The plan is for Otto to get back into boxing shape and back to the gym once they open up in New York. This week he started doing some boxing training with his trainer Joey Gamache outside in the park.

"Otto has had a challenging several months with fracturing his foot and then overcoming Covid-19. The plan would be to have him back in the ring late summer." 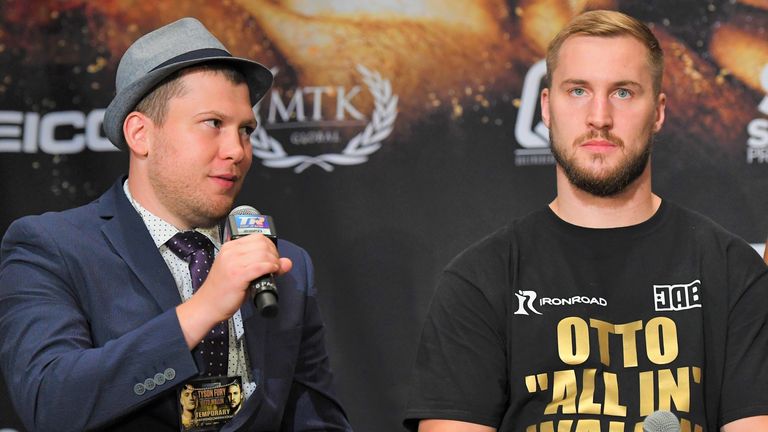 Otto has proved his world class abilities in his last fight versus Tyson Fury, and in the near future can be ready for Joshua and Whyte.

Wallin had claimed 20 successive victories ahead of the Fury fight and Salita remains confident that the 29-year-old can earn a clash with fellow contender Whyte or current unified champion Joshua.

"Otto has proved his world-class abilities in his last fight versus Tyson Fury, and in the near future can be ready for Joshua and Whyte," said Salita.

Salita Promotions have teamed up with Warriors Boxing to showcase their collection of archive fights on YouTube.