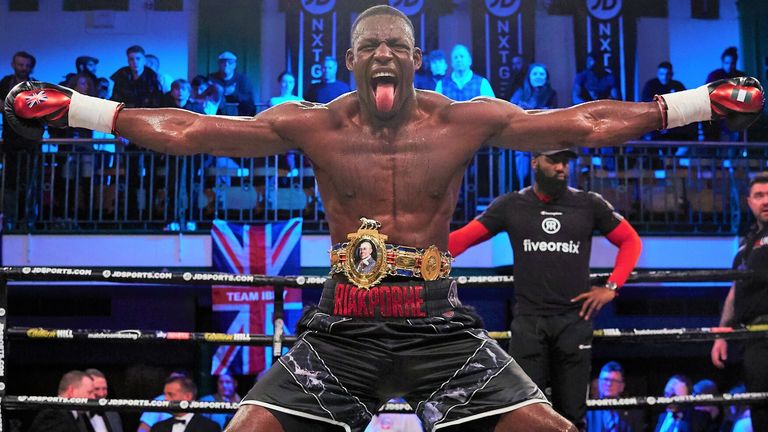 This is how Riakporhe became British champ - can he go further?

Richard Riakporhe could be one knockout win away from his first world title opportunity, WBC president Mauricio Sulaiman has confirmed.

Victory would propel Riakporhe up the rankings, lining up a potential shot at current WBC king Ilunga Makabu.

Asked if Riakporhe could be in contention for a world title fight, Sulaiman told Sky Sports: "Absolutely.

"When you become a silver champion it gets you right there in the line.

"The cruiserweight division has been a little bit behind.

"Makabu is making his mandatory defence against Mchunu.

"That fight will happen in December and then we will see what happens.

"I think that [Makabu vs Riakporhe] would be a great match for the future."

Makabu was knocked out by Tony Bellew in a WBC title bout in 2016, but then defeated Dmitry Kudryashov and Aleksei Papin on consecutive trips to Russia while fighting for the 'Silver' belt.

The Congolese fighter beat Michal Cieslak on points to become WBC champion and has since made one defence by stopping Riakporhe's upcoming opponent Durodola.

Riakporhe has told Sky Sports about his next fight against Durodola: "I could literally go for a world title shot the fight after.

"Expect a war, and when people come to fight, I always perform better."