"Forget Christmas, forget New Year, they are going to be obsessed about each other, until February 19," Johnny Nelson says Amir Khan and Kell Brook will be fuelled by animosity ahead of their grudge fight 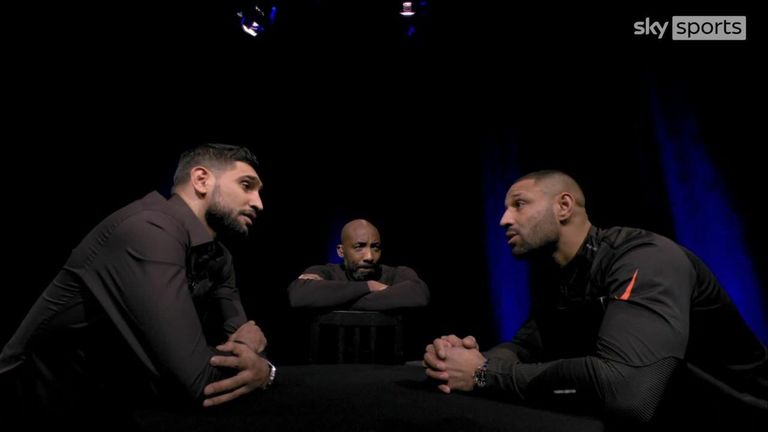 Amir Khan 'riled up' Kell Brook at a bad-tempered press conference, says George Groves, but Johnny Nelson believes the bitter rivalry will get even more intense.

The British rivals had to be hauled apart by security when their first face-off threatened to spill over into a physical confrontation ahead of their long-awaited grudge fight in Manchester on February 19, live on Sky Sports Box Office.

Khan and Brook then traded insults and accusations in front of the watching media, with Sky Sports expert Groves suggesting that one of the feuding duo gained a psychological edge. "The first round I thought maybe went to Amir," Groves told Sky Sports. "He seemed a little more composed and he riled up Brook a little bit more.

"Khan's career took off before Brook. He was already a household name at 17 after coming back from the Olympics. He's probably been looking down at Brook ever since.

1️⃣ "First round to Amir." - @StGeorgeGroves#KhanBrook

"This is the first time where Brook has been worthy enough of his attention that they can make the fight. He [Khan] exuberated that, it showed off in his confidence and I felt like Brook bit a little today.

"Brook is one of those fighters that maybe it will make him train harder in the gym. Be a little bit more stringent with the diet and perform better on the night.

"You can't read too much into it, but I do think Khan edged it."

Nelson did not agree with his fellow Sky Sports pundit as he believes Brook stood his ground from the moment they went head to head. 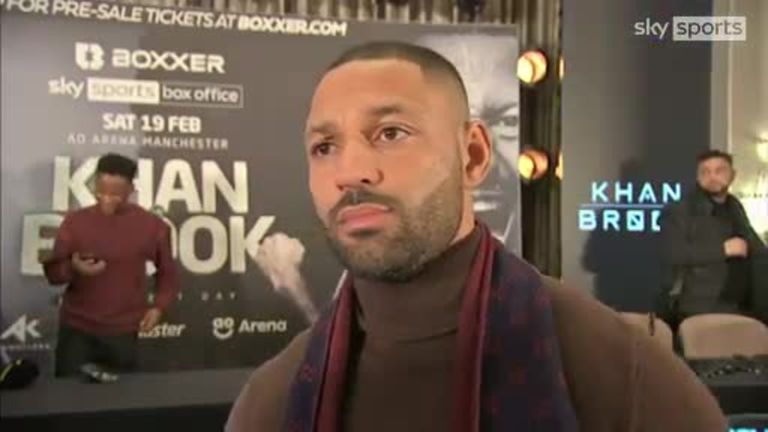 "When Kell walked in, there was no cheers, but when Amir walked in he had a 20-strong group around him, they were cheering and Amir tried to boss the body language," Nelson told Sky Sports.

"We sensed that and Kell sensed that. He stepped up as if to say, 'You're not bossing this!'

"I wasn't surprised when they were hauled apart straight away - and it's not the first time it will happen.

"You could cut the atmosphere with a knife. These two have got to do business together, but I'm telling you now, they do not like each other, and I believe it will get nastier as the fight gets closer.

"It will get to a point where they might have to keep them apart."

Groves, who shared a bitter feud with Carl Froch in the past, expects further hostility when the fight draws closer. 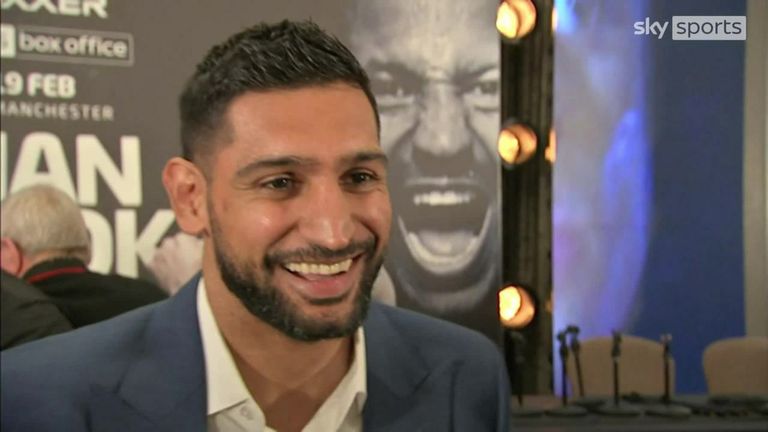 "There's going to be so much more to come, you can just tell," he said.

"We're only scratching the surface of this. They've got five, six, seven, eight years of pent up talking that they've wanted to do about one another and it's only just come out in this short press conference.

Nelson is fully aware of Brook's anger towards Khan, having trained alongside him at the Ingle gym in Sheffield, and is anticipating an explosive clash of styles and personalities.

"This is not just about inside the ring, this is outside the ring," he said. "These guys don't like each other. This is personal.

"Now you've got a guy who is the fastest, busiest puncher of combinations in Amir Khan against a guy that can punch like a stun gun in Kell Brook.

"Forget Christmas, forget New Year, they are going to be obsessed about each other, until February 19."