"After weighing up all the options and speaking to the guys at BOXXER and Sky Sports, I came to this decision and here we are, ready to take the first step," Frazer Clarke announces the start of pro career 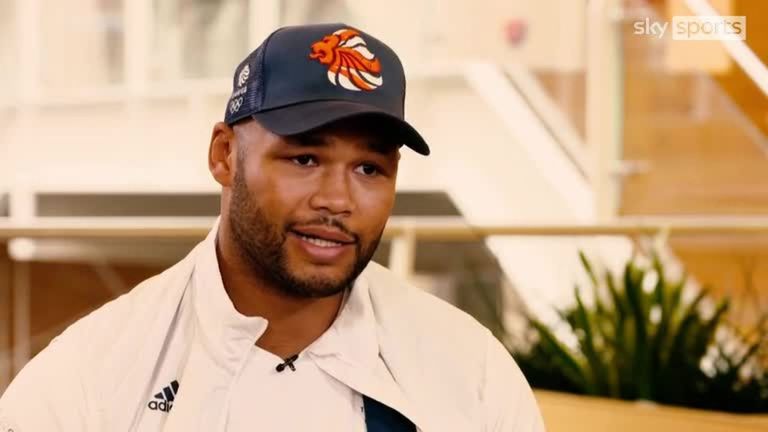 New heavyweight Boxxer signing Frazer Clarke says he plans to demolish opponents and entertain fans all over the country.

Clarke will make his highly-anticipated pro debut this year as the Team GB captain attempts to add to an extensive list of amateur achievements, which includes a bronze medal at the Tokyo 2020 Games, a gold medal in the 2018 Commonwealth Games and gold medals in the 2014 and 2018 European Union Championships.

Anthony Joshua - Clarke’s former sparring partner at Team GB - will once again play a key role in Clarke’s boxing career, this time as a mentor.

Clarke signed with Joshua’s management label 258 MGT shortly after announcing his intention to turn professional and will benefit from his former sparring partner’s experience as he begins his journey in the professional game.

“Signing with BOXXER is massive for me," said Clarke. "Since I got back from the Olympics there’s been a lot of interest in where I was going to go.

"After weighing up all the options and speaking to the guys at BOXXER and Sky Sports, I came to this decision and here we are, ready to take the first step.

“There’s a long road ahead of us but I’m more than willing to learn. It’s going to be a difficult task to get to where I want to be, to become a world champion. But I want people to follow the journey because I’m sure it’s going to be exciting.

“Anthony Joshua is on the end of the phone and he’s one of those people that’s been there and done it. I’d be silly to have access to him and not use it. Definitely that will be a phone call I’m looking forward to!”

Ben Shalom, BOXXER Founder and CEO, said “For the Team GB captain to choose us as his partners in professional boxing is a very proud moment for everyone at BOXXER and Sky Sports. Frazer Clarke is an outstanding sportsman and role model and we are very excited about the journey which lies in front of us.

“This is a landmark signing for us. Frazer is the next big thing in British heavyweight boxing and now coming off his success in Tokyo he’s set on winning major world titles in the professional ranks. With his pedigree, I think it’s only a matter of time.”

Adam Smith, Head of Boxing Development at Sky Sports, said “Everyone at Sky Sports is hugely excited that Frazer Clarke has signed a promotional deal with BOXXER. It’s a massive announcement in our new era for Sky Sports Boxing. I’ve been a huge fan of ‘Big Fraze’ for years. He’s a high-class heavyweight with an all-action style, and he’s also a great ambassador for the sport.

“Frazer’s Olympic medal was a fitting reward for Team GB’s fantastic captain, who has proven himself against the world’s elite amateurs - and now he launches his pro career! We at Sky Sports will be with Frazer on every step of the journey as he aims to fulfil his ambition of becoming a world heavyweight champion.”

Will Harvey, Head of Boxing at 258 MGT, said “We are delighted to have Fraser join Sky Sports and BOXXER today. We have a long and successful working relationship with Sky and to continue this with Frazer and the BOXXER team is really exciting.

“As the captain of the GB squad, Frazer will no doubt provide valuable guidance to the rest of the platform’s stable and it’s great for him to be aligned with a platform and promotional outfit who match his ambition. We can’t wait to get started!”