Adam Azim warned Rylan Charlton that an aggressive approach could be "dangerous" for him; Charlton says the unbeaten Azim has yet to be tested; Watch Azim vs Charlton live from 3pm on Sky Sports Main Event or Sky Sports Arena this Sunday 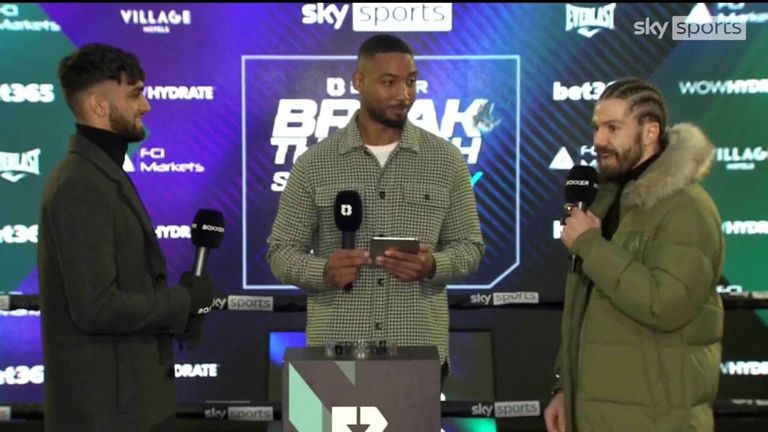 Rylan Charlton says he's the man to test Adam Azim's chin and there are a variety of different ways he can beat him.

Adam Azim has warned Rylan Charlton that attempting to test his chin with an aggressive approach in Sunday's super lightweight clash will be "dangerous" for him.

The pair came face-to-face on Friday at Alexandra Palace, where Azim, one of British boxing's brightest prospects, will put his unbeaten record on the line in the biggest test of his career to date, live on Sky Sports.

Azim, 19, has won all six of his professional bouts with five knockouts, the last three of which have come in the first round.

"We could take him to deep waters or we could finish him early. 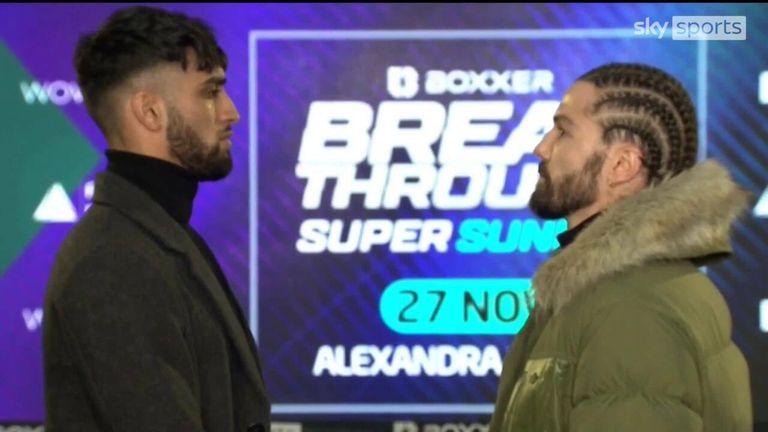 Adam Azim says he's looking to make a huge statement on Sunday and has a new celebration planned for when he beats Rylan Charlton.

"Has he taken a shot before? How's his chin? How does he take a shot in the gut? We'll see."

Azim insisted that he won't quit, and told Charlton coming forward against him could result in an explosive finish.

"He's coming to win, I'm coming to win and when someone comes at me, it's definitely dangerous," Azim said. "It's going to be a tremendous fight.

Charlton, who established his status as a dangerous fighter when knocking down Florian Marku in a thrilling 2021 contest that the Albanian eventually triumphed in, thinks his greater experience could be crucial. 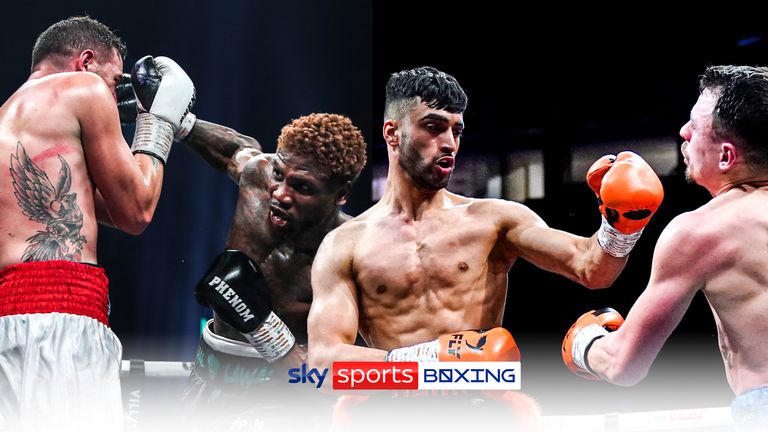 The best knockouts from this Sunday's sizzling Sky Sports show with Adam and Hassan Azim, Rylan Charlton and Mikael Lawal all showcasing their devastating power!

"Let's face it, he's young and there's a hell of a lot of pressure on his shoulders," Charlton said, "I'm a man, this is man vs boy."

Azim insists pressure won't be a problem for him.

"Pressure doesn't phase me at all," Azim said. "I know I'm really young but nothing phases me.

"By being myself, being Adam Azim, I'm ready."