Steve Robinson wants heavyweight redemption against Nick Campbell: 'There's two gladiators in the ring and there's only one leaving victorious'

Steve Robinson expects an explosive collision when he meets Nick Campbell, vowing to prove himself in the heavyweight division and win by knockout; watch Campbell-Robinson on the undercard of Chris Billam-Smith vs Armend Xhoxhaj on December 17, live on Sky Sports 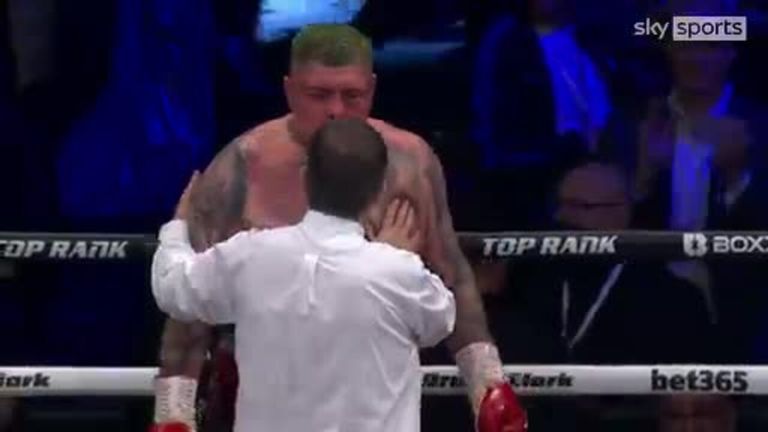 Nick Campbell came out on top against Jay McFarlane, winning by seventh round TKO to claim the Scottish heavyweight title

Steve Robinson is looking for redemption when he boxes unbeaten Scottish heavyweight Nick Campbell next week.

Robinson suffered the first defeat of his pro career in an upset loss to Shane Gill in February.

He is though taking the opportunity to bounce back when he fights Campbell on the December 17 Bournemouth bill, live on Sky Sports. 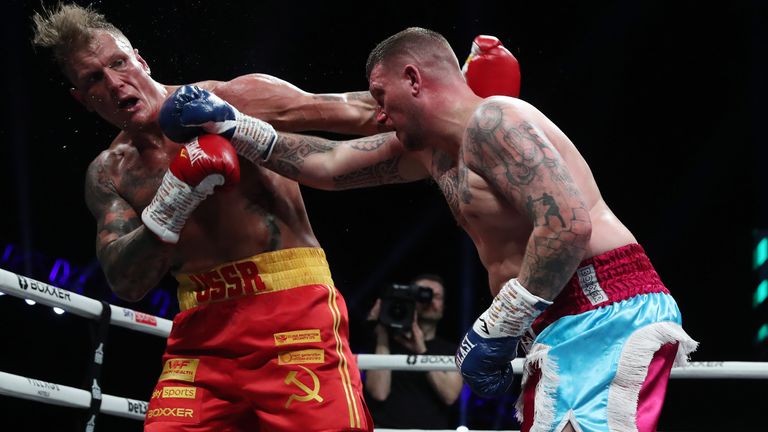 "I've no doubt come Saturday the 17th I'll show why I should be up there."

Robinson insists he will learn from the Gill fight and move on. "I always say if you look in the rear view mirror the whole time you're driving your car, you're going to crash," he told Sky Sports.

"It was tough [to come back]. It comes with the sport and without having a thick skin you wouldn't be where you are in boxing. It was hard, it was tough. But like I say it's pointless looking back at the past. It's about creating the future and making sure that what I do from now on out is correct.

Campbell is not only undefeated, he has won all of his five fights so far inside the distance. But Robinson has seen flaws in his boxing.

"He wants to keep that momentum going with the knockouts," Robinson said.

"It's Valhalla and I'll show that," the Newcastle man added. "I'll just make sure that no matter what I leave that ring victorious."

Robinson says the England versus Scotland aspect of their clash will give it an extra edge.

"The only good thing to come out of Scotland is the road to Newcastle!" he said jovially.

"We've got the World Cup final the day after and there's the possibility still that England could be in that. If that happened, I think that would add a little bit extra and it would be fantastic. I think the whole England-Scotland thing, we see it in all sports, it'll always have that little bit of excitement element involved. It's history, isn't it?"

He is adamant the fight will get vicious. "You can be as friendly as you want and then come that ringwalk and getting into that ring, it all goes out the window," he said. "Mentally you've got to switch that quick.

"There's two gladiators in the ring. And there's only one leaving victorious."

Nick Campbell vs Steve Robinson takes place on the undercard of the December 17 Bournemouth bill, live on Sky Sports