The 39-year-old Klitschko (64-3-KO53) pulled out of the scheduled clash of October 24 but with the fight swiftly rearranged for November 28 - live on Sky Sports Box Office - Fury is more enthusiastic than ever.

Fury told Sky Sports: "It feels great. I knew it would come back on so it was just a question of whether it was going to be this year or next year but we got what we wanted and it's this year.

"I think it was all mind games and they were just trying to make me go off the rails, get drunk and go wild as I normally do but I didn't. I stuck to the gameplan and kept my running and sparring up.

"I had about 10 or 12 days training from home but still coming to Bolton three times a week plus running at home so I didn't do too much bad things.

"On Monday, I started back training at Bolton Wanderers. They're good facilities and a nice environment. This is our third camp so we had one in France, one in Liverpool and now here. It's different scenery and stops it going stale. Different scenery brings different ambitions. 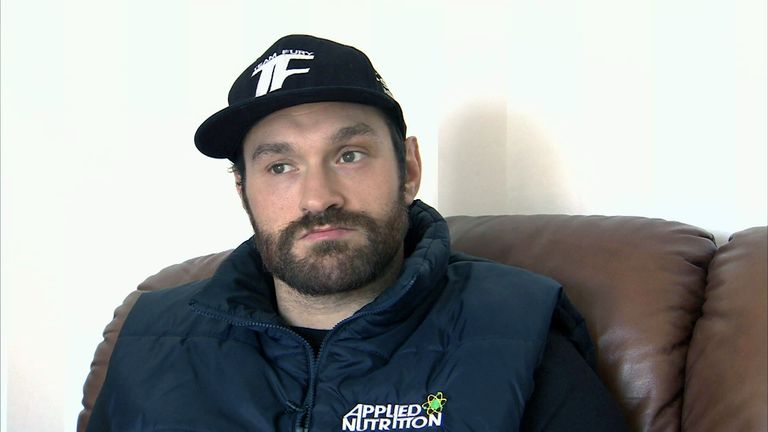 I think it was all mind games and they were just trying to make me go off the rails, get drunk and go wild as I normally do but I didn't.

"I'm getting my world title fight I've craved for so many years. There can't be another injury because there'd be a massive kerfuffle so I know it's going to happen on November 28. Camp's going well, training and sparring are going good so maybe it was a blessing in disguise."

Ahead of the clash in Dusseldorf, Fury has already provided some memorable moments - he arrived at the London press conference dressed as Batman and wrestled The Joker.