Dereck Chisora claims Dillian Whyte "is not a scary fighter" as he awaits confirmation of a fight between the London rivals.

The British heavyweights have been engaged in a simmering feud and were expected to share a ring before the end of the year.

Chisora remains keen to settle his differences with Whyte but says negotiations to stage the contest are still to be concluded.

"There have been talks, but it's all cat and mouse," Chisora exclusively told Sky Sports. "From the last I heard, the fight was not on, but now it's on. We don't know what's happening.

"I love fighting, I don't hide from nobody. He's not going to trouble me, I know that for a fact. It will be a great fight for myself and for those who are going to pay to come and watch it."

'Del Boy' stayed active with a second-round stoppage win in Stockholm in September, while 'The Body Snatcher' halted Ian Lewison in the 10th round to become British champion earlier this month.

A brave display from Lewison earned the respect of Chisora, but he does not have any fresh concerns about a showdown with Whyte and has predicted a destructive victory.

"It was a great stage for Ian Lewison to be on, he's never boxed for a British title," said Chisora, a former British champion. 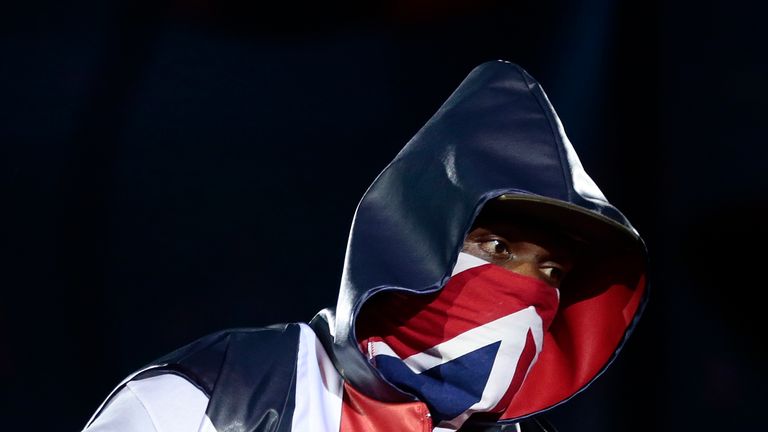 "He trained for five weeks and for a fighter like Ian, who has got so much talent, this was his first time on a big stage, so he kind of froze.

"I said before that Ian has only got four rounds in him, so if he hits Dillian in the four rounds, Dillian will go, but it didn't happen in four rounds so after four rounds we knew he was going to lose the fight.

"I'll stop Dillian. He was more of a great fighter when he was with his old trainer. Now he's gone to Mark Tibbs, he's become very predictable."