Linares vs Campbell: Derry Mathews looks back on his domestic clash with Luke Campbell

Ahead of Luke Campbell's world title fight with Jorge Linares, we asked Derry Mathews to relive his domestic clash with Britain's Olympic hero.

Campbell will attempt to add a world title to his 2012 Olympic gold medal when he challenges WBA lightweight champion Linares in the early hours of Sunday morning, live on Sky Sports.

Liverpool's Mathews fought Campbell for the Commonwealth belt and WBC silver title last October, suffering a fourth-round knockout defeat, and gives his verdict on the speed, power, and ring skills of the world title challenger...

What were your first impressions of Campbell?

Obviously I had watched Luke Campbell growing up as a kid and I realised how good he was, but when you're in there with him, it was completely different. From the outside, you can see things you think you can hit him with, but he just counters everything you throw and his variety of shots was superb. I think his size was a big difference as well.

Is Luke a clever fighter?

Yes, he's smart and he's always a couple of steps ahead. He's like a chess player who knows what they are doing a few moves later. He's a superb amateur and he's turned into a superb professional.

Were you impressed with his hand speed?

How do you rate Campbell's punch power?

Let me tell you, he's up there. He hit me in the first round with a basic one-two. It was on the button and it was a great shot. His body punching and selection of shots is brilliant. The ones you don't see are the ones that surprise you and hurt you. He used that to win the fight.

Did he have a decent defence?

To be honest, I didn't get much to land, because I couldn't get near him due to the size and skills he had. What I've seen in his previous fights, he does like to have a fight, but against Linares I don't think he can get involved. I think he needs to box smart, be clever and stick to the game plan. 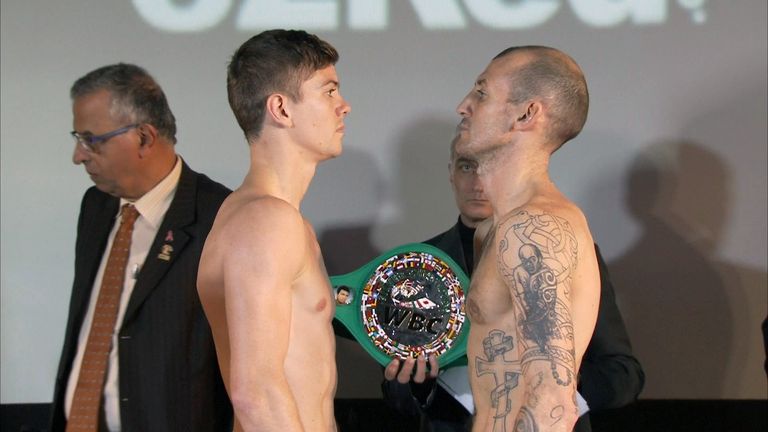 I always want to box the best, and I realised that I did against Luke. I boxed one of the best fighters in the world.

He must be one of the most successful amateurs that Britain's ever had and his boxing skills are up there with the best in the world. Hopefully, on fight night they work for him.

He's a great fellow. I remember going backstage after he beat me and saying "I wish you all the success in the world and if you ever need me for sparring, I'm always there." He's a good lad that does a lot for the community and the area of Hull where he's from.

Would you do anything differently if you fought Campbell again?

It just didn't happen at the right time. Maybe 10 years ago, you would have seen the best of me, but you can't ever say that. He's a top quality fighter and I tried to give my best. I always want to box the best, and I realised that I did against Luke. I boxed one of the best fighters in the world.

Watch Luke Campbell challenge Jorge Linares for the WBA lightweight title on Sky Sports Main Event and Sky Sports from 3am on Sunday.