Linares vs Campbell: Anthony Crolla looks back on both world title fights with Jorge Linares

Luke Campbell will try to become the first Brit to beat three-weight world champion Jorge Linares in Los Angeles this weekend. So we asked Anthony Crolla, who lost twice to the Venezuelan, exactly what Campbell could be up against...

What was your first impression of him?

I don't know why, because I am never one to do it and we got on straight away, but when I met him, for some reason I just wanted to snarl at him! I don't know why, maybe he just made me feel like showing I am a big, strong lightweight.

Were you heavier than him when you got in the ring? 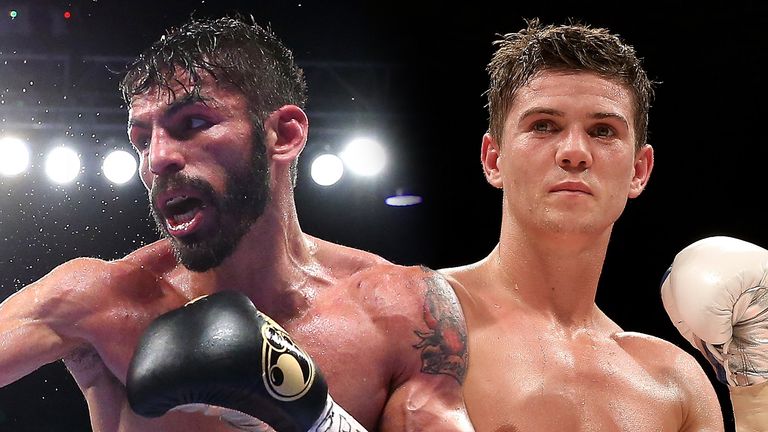 It's one thing having that strength put closing the distance showed he was jusy as big. He doesn't put loads on, he doesn't have problems making the weight and Luke will probably look bigger but Jorge knows his body so well.

What was the first thing that struck you in the ring?

One thing Jorge is very, very good at is judging distance and you've got to try and mess that up from the first bell, which is why Luke needs such a good start. It can look impossible but I did it in the first one, just couldn't do it in the second. Walking in against him is dangerous.

What is his biggest asset?

In the first one, it was certainly his speed. Jorge is great to watch on the pads with (Ismael) Salas and he has that Cuban culture, but it's not until you get up close with him that you realise just how fast he is. He was fast throughout, close, mid, long range. Speed was his main attribute.

What was his best shot?

Punches in bunches. His punches came so quickly they were all good, but he stabs the body well, really well. Going downstairs to the body, he landed it throughout the fight and it wasn't like a shot that hurt but it just accumulated throughout the fight. The round after being knocked down was actually my best round and I remember thinking 'maybe Jorge has expended a lot of energy' and I could really get into the fight again. But no, he hadn't and I couldn't.

Does he not carry huge power, then?

It's not really power that is the problem, it's the sharpness and timing of his shots. When he put me down in the second one, it wasn't like I was badly hurt, I was just left wondering what had happened, or what I 'd done wrong! The shot that hurts you, you don't see coming and Jorge certainly hits hard, but it is the speed that makes you suffer. It's not just a thump.

Does he have any weaknesses?

It's easier said than done, but roughing Jorge is about the only thing I can think of - and I wouldn't say it was a weakness. The trouble is, I am not sure that's Luke's style but doing that in the first fight worked for me. I tried it in the second one but couldn't do it. Maybe I should've been a bit cuter, but it is hard to walk into Jorge when he is in his rhythm.

When you did get close, did he have a word in your ear?

There was the odd wave of the gloves in both fights but I don't remember him chatting away. After the first one, we just started chatting. We were sat in the drugs testing room, getting our blood and urine taken and we were just talking.

So is he as nice as everyone says?

He is a really nice guy. He's just friendly, funny and he always listens. Luke is a lovely guy too and I've known him for years, but me and Jorge swapped numbers and we still chat from time to time. I saw him at Mayweather-McGregor in London and it was good catching up.

Watch Luke Campbell challenge Jorge Linares for the WBA lightweight title on Sky Sports Main Event and Sky Sports from 3am on Sunday.