The 26-year-old New Zealander is preparing for his unification clash against Joshua in Cardiff on March 31, live on Sky Sports Box Office, with three of the major world belts at stake.

Joshua vs Parker on Box Office

Parker can become a worldwide star if he defeats Joshua, an Olympic gold medallist with a perfect 20-fight record, but Higgins insists his fighter's main motivation is to become the sole champion in the division.

"I don't think fame is what's driving Joseph at all," said Higgins. "He has a huge extended family to look after, but I think achievement and satisfaction are a big part of it.

"It's not about fame or money, but they are by-products of doing your best and succeeding. But really, it's a lofty goal, shoot for the stars and try to unify the division.

"No one has really done that since Lennox Lewis and so I think that will be very motivating."

Joshua has questioned whether Parker can handle the enormity of the occasion, with both champions expected to attract a huge crowd of media and fans.

But Higgins says Parker witnessed the big-fight hype in the early stages of his career when he appeared on an undercard for a Wladimir Klitschko world title defence in 2014.

"He won't be fazed at all. To him, it will be another boxing ring," said Higgins. 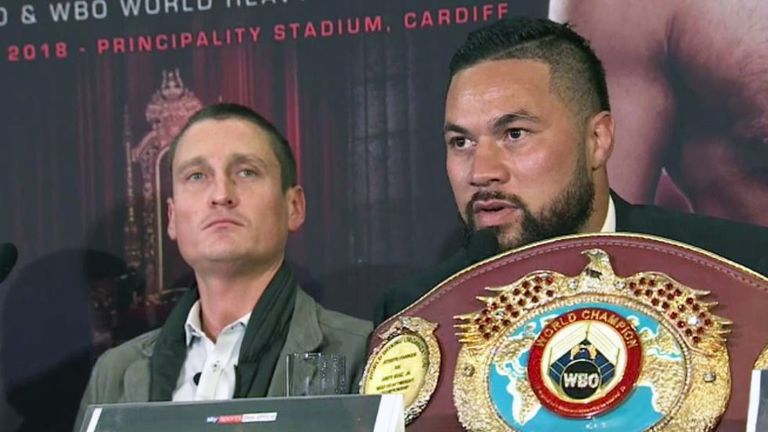 There might be some people that might be overawed, but Joseph Parker is not one of them.

"One thing we know about Joseph is that side of it won't faze him. He's got a job to do, he knows what it is, he'll take it very seriously.

"There might be some people that might be overawed, but Joseph Parker is not one of them."