Paul Hyland Jnr believes victory over Lewis Ritson will put him on the path to a world title fight.

The Belfast man challenges Ritson for the British lightweight belt this Saturday night, live on Sky Sports, in a battle of two unbeaten fighters at the Metro Radio Arena in Newcastle.

Hyland Jnr has worked his way up the rankings with 18 straight wins and hopes another triumph can put him in contention for a shot at one of the world champions.

"The winner of this will push on towards a shot at the world title so it's sort of like a world title eliminator in theory, there's a lot riding on this," said the 27-year-old. 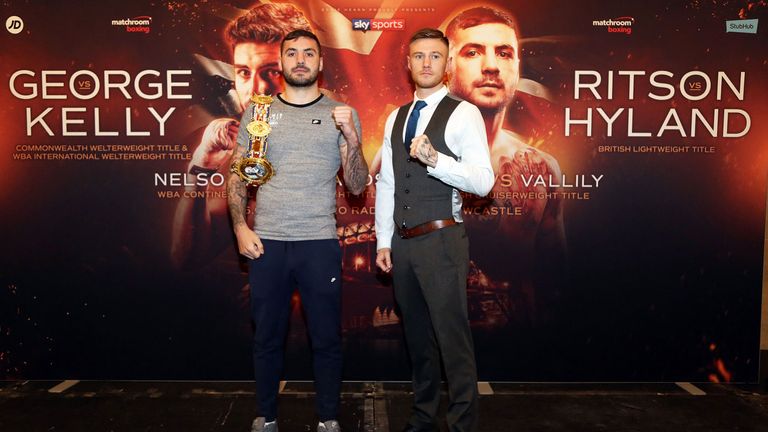 I believe I have a better boxing ability than him and that will show on the night. It'll be a complete war.

"You win this, it puts you in the mix. That's what we all dream about, to fight for a world title and this firmly puts me in a good place for that.

"I know Ritson is a tough bloke, he'll come at me. Whatever he brings, I'll take it. I believe I have a better boxing ability than him and that will show on the night. It'll be a complete war."

In his last title defence, Ritson withstood a first round assault from Scott Cardle before stopping his opponent in the second, and Hyland Jr insists he is better prepared to punish any defensive mistakes by the champion.

"Cardle landed with some big blows in the first round when they fought, so it shows he can be hit," he said.

"Cardle also only had three weeks to train for the fight, so it was all or nothing for him in the first few rounds. He knew he couldn't go the distance. I will be a totally different proposition."