Ritson vs Hyland Jr: Lewis Ritson will target the European title if he wins his British belt outright

Lewis Ritson plans to step up and target European honours should he overcome Paul Hyland Jr this Saturday night.

The British lightweight champion can win the Lonsdale belt outright by defeating unbeaten challenger Hyland Jr at the Metro Radio Arena in his hometown of Newcastle, live on Sky Sports. 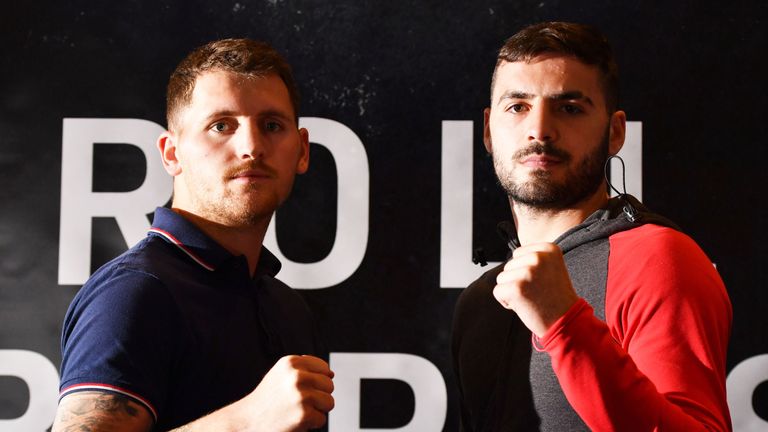 If we can get past Hyland Jr, then I've dealt with the domestic level quite well, so I think we'll definitely be going for the European after.

After a trio of destructive British title victories, Ritson sees his Belfast counterpart - who he is refusing to overlook - as the final stepping stone before he goes on the hunt for the European title, currently held by Finland's Edis Tatli.

"If we can get past him [Hyland Jr], then I've dealt with the domestic level quite well, so I think we'll definitely be going to European after," the 24-year-old began, speaking exclusively to Sky Sports.

"That's what Eddie Hearn has mentioned for me next.

"We're just going to keep our eyes on Hyland Jr and not look past him. It's going to be a tough fight.

"The lightweight scene is jumping at the minute and, domestically, there are some great names.

"The likes of Luke Campbell and Anthony Crolla are in front of me by a little bit, but if I keep winning and putting in the performances then, three or four fights down the line, there is no reason why I can't fight the likes of them."

Ritson, who has blasted onto the scene over the past 12 months, also has one eye on the Commonwealth title and welcomes a "fan-friendly" domestic dust-up with its current champion Tommy Coyle.

"I think the fans would love for me and Tommy to get it on for the British and Commonwealth," Ritson said.

"If we did fight each other, the winner has then dealt with the domestic scene, so they can step up to European.

"I thought Tommy did well in beating Sean Dodd for the title, it was a good, entertaining, fight.

"We would be more than confident in taking that and fighting Tommy, we saw a lot of weaknesses in both of them that night."