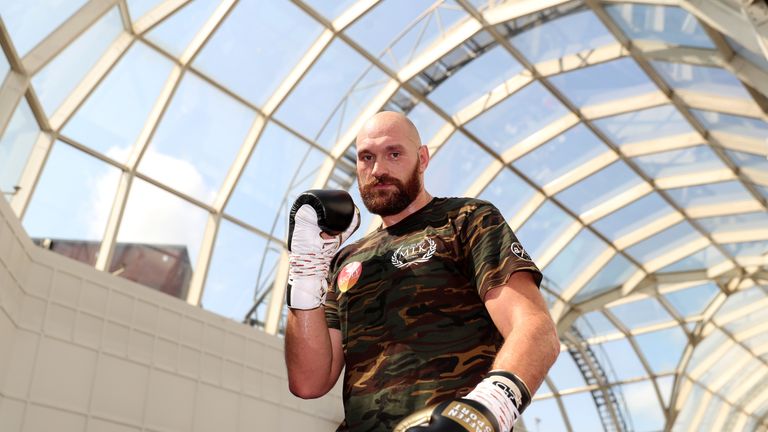 Tyson Fury says he will show Deontay Wilder who is boss

Tyson Fury has vowed to put on a show for Deontay Wilder on Saturday when he takes on Francesco Pianeta in Belfast.

WBC heavyweight champion Wilder will be at ringside for the Windsor Park bout, where victory for Fury will move him closer to a December showdown with the American.

'Wilder knows where the draw is'

When asked about Wilder travelling to Belfast, Fury replied: "Fantastic. He's coming to watch the lineal champion and I'll show him how it's done."

He added: "He's only the WBC champion, which a lot of people have had in the past. But not many heavyweights have been the lineal champion.

"Am I confident I can beat Wilder? One hundred per cent. I'll beat them all. Ain't nobody who can touch me, this is my era."

While a world title fight with Wilder is on the horizon, Fury admits he cannot afford to take Pianeta lightly.

"He's been in some great fights himself and is a former European champion and two-time world title challenger.