Robbie Davies Jr added the European super-lightweight title to his British belt by claiming a unanimous decision over Joe Hughes on Saturday night.

The battered blood-soaked Liverpudlian secured a 118-110, 115-113, 115-114 decision in front of his hometown fans after a tough 12 rounds on the undercard of the Liam Smith-Sam Eggington bill at the M&S Bank Arena.

Hughes, boxing with a high guard, bloodied his opponent's nose in the opener, while Davies Jr showed decent footwork switching between orthodox and southpaw stance.

As the blood continued to flow from the Merseysider's nose and the fight wore on, Hughes grew in confidence and began to apply the pressure, wobbling his man in the fifth. 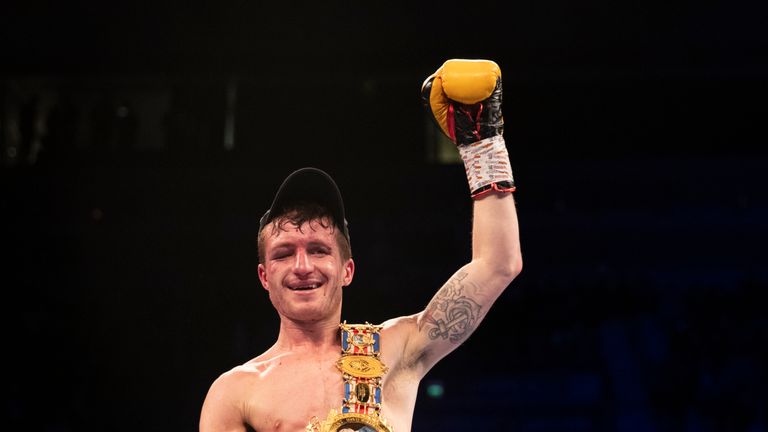 I ground it out. Joe, what a competitor. He’s like a pitbull. Strong as a bull. It’s unbelievable to become part of history.

However, Davies Jr slowed the Wiltshire fighter's attack in the sixth and began to fight on the front foot in the seventh behind his jab, landing body shots and picking his counters.

After a close few rounds Davies Jr, still switching between stances, began to edge ahead by landing the more accurate shots.

Hughes started the final round swinging before working on the inside, while a blood-soaked Davies Jr roused the crowd by landing a series of decent hooks to finish the fight the stronger of the two.

Philip Bowes secured a unanimous decision over Tom Farrell in a successful first defence of his Commonwealth super-lightweight title.

Craig Glover suffered an upset on home turf after he was floored twice before being stopped in the second round by big-hitting Czech Vaclav Pejsar.

The 27-year-old cruiserweight was dropped in the opening round by a right hand and in the second by a left hook before the referee intervened.