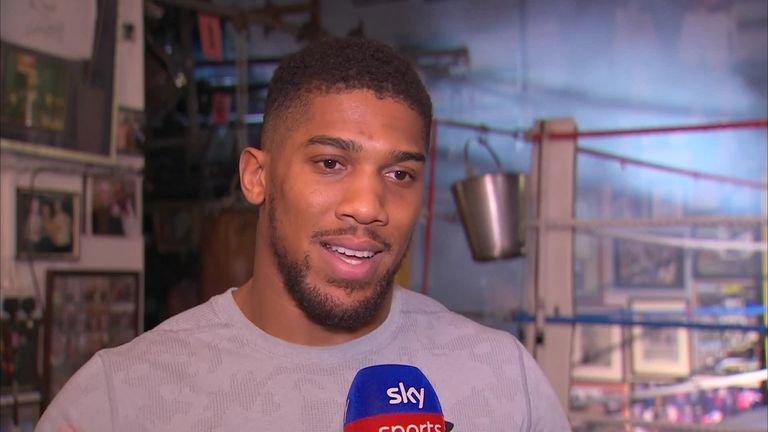 Anthony Joshua is desperate to land a unification showdown with Deontay Wilder and get his hands on the American’s WBC heavyweight title.

A massive month for the heavyweight division sees Wilder take on Dominic Breazeale on May 18 followed by Usyk's heavyweight debut against Carlos Takam a week later, with both fights live and exclusive on Sky Sports.

The 2012 Olympic champion says the heavyweight division is full of talent, but is clear about who he wants fight next if he can get past big-punching Miller on his US debut.

Joshua told Sky Sports News: "It's really good because we've got me and Miller, Wilder vs Breazeale, (Tyson) Fury vs (Tom) Schwarz, Dillian Whyte is going to do something, Usyk vs Takam.

"The heavyweight division is alive. It is booming. 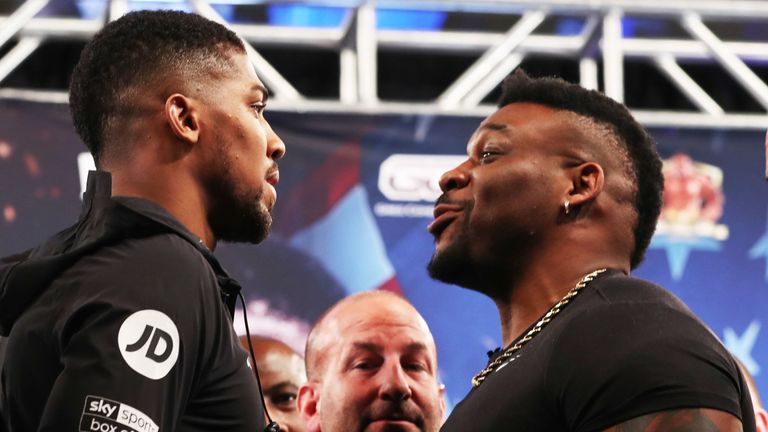 Former heavyweight world champion Shannon Briggs believes Jarrell ‘Big Baby’ Miller will provide Anthony Joshua with a big challenge when they face each other in New York on June 1st.

Public clamour for Joshua to fight Wilder continues to grow, and the 29-year-old admits he is desperate to get his hands on Wilder's WBC title.

"I've done the [Joseph] Parker fight, I fought for that [WBO] title," Joshua said. "I've fought (Alexander) Povetkin, now I've got to do Miller and I just need to get past this one.

Wilder boasts 39 knockouts from his 41 bouts but Joshua believes Breazeale - whose only career loss came at the hands of the Briton at London's O2 in 2016 - is capable of seriously testing the undefeated WBC champion.

"I think Breazeale could cause Wilder some problems. It will be interesting to see him if Wilder can match him in boxing skill," Joshua said.

"They're both decent boxers. Breazeale is an Olympian but Wilder is just very quick, so if he catches Breazeale early it might be lights out as we have seen his last 40-odd fights."