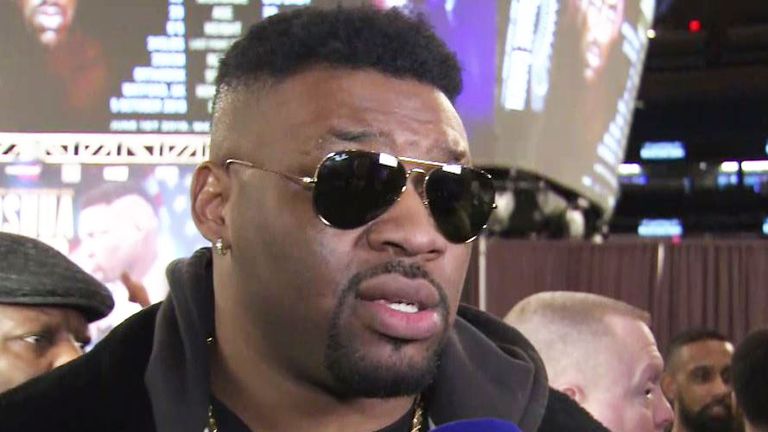 Jarrell Miller says he has 'messed up a big opportunity'

Jarrell Miller says he "messed up" after reported drug test failures forced an upcoming fight with Anthony Joshua to be scrapped.

In a contrite video message posted on Instagram, Miller said it was "time to do right" and pledged to "come back better".

Miller's participation for the New York heavyweight bout on June 1 was already under threat after the Voluntary Anti-Doping Association (VADA) informed both camps of an adverse finding in a drug-testing sample, leading to him being denied a licence for the date at Madison Square Garden.

Miller retained the right to request a further sample and to reapply for that licence to challenge Joshua in what will be the champion's US debut.

However, a second doping violation by Miller meant that fight was off the cards, promoter Eddie Hearn said.

Responding to the initial adverse finding on Tuesday, Miller had written on Instagram he had "never knowingly taken any banned substance and when I found out the news I was totally shocked".

But on Friday he struck a different tone, telling fans: "I messed up. I made a bad call. [There were] a lot of ways to handle the situation, I handled it wrongly and I'm paying a price for it.

"I messed up a big opportunity and I'm hurting on the inside. My heart is bleeding right now - I hurt my family, my friends, my team, my supporters.

We have now received news from VADA that Jarrell Miller has now failed a second seperate test for a further substance. AJ’s June 1 opponent will be announced next week - if you don’t think you can beat him clean then delete my number!

Miller said boxers "go through a lot" and he did not want to give his fellow fighters a "bad name".

An adverse finding for GW1516, a metabolic modulator also known as cardarine and endurobol, was made in a sample on March 20.

Hearn had already started the search for alternative opponents from the point of VADA's first update, and he wrote on social media on Friday: "We have now received news from VADA that Jarrell Miller has now failed a second separate test for a further substance.

"AJ's June 1 opponent will be announced next week. If you don't think you can beat him clean then delete my number!"