Dillian Whyte says Oscar Rivas is heading to his 'hunting ground' and is braced for a hostile first meeting with his Colombian opponent ahead of their summer showdown.

The Brixton heavyweight has announced his next fight against Rivas, a highly-ranked rival contender at The O2 on July 20, live on Sky Sports Box Office.

Rivas enhanced his reputation as a danger man following his brutal knockout of Bryant Jennings in January and Whyte believes his undefeated foe will make his presence known at their first press conference.

"He'll be a tough man," Whyte told Sky Sports. "Coming from Colombia, it's not an easy place. I'm sure he's been through his fair bit of ups and downs. I expect him to be confident and be quite confrontational and be up for it. 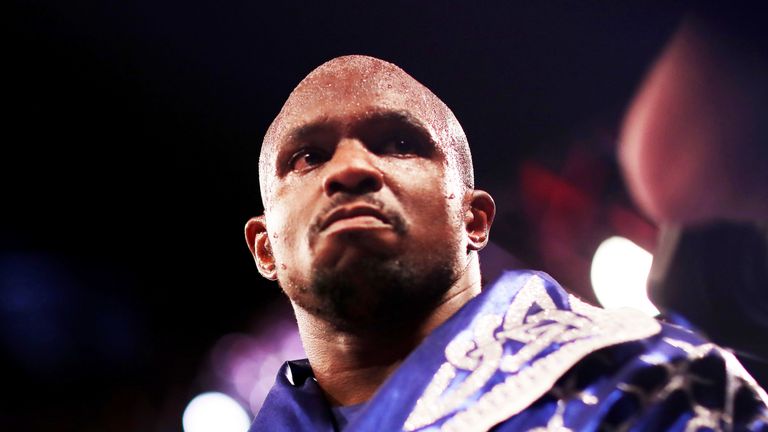 He's going to be trying to knock me out and I'm definitely going to try to knock him out.

"He's going to be trying to knock me out and I'm definitely going to try to knock him out. Everyone I have fought has either been knocked down, or been knocked out, or been hurt badly at some stage, so I have to once again go to the well and prove myself again, but that's good.

"It was a good win, a very good win," said Whyte. "I actually watched the fight. At that time, he wasn't even considered as an opponent.

"Bryant Jennings is a very fit guy, in shape, and he outworked him and overpowered him down the stretch. He's hungry and he put a lot of graft in, he fought well, and he was very aggressive in the fight."

Whyte's status as the WBC's No 1 ranked contender will be at stake and he rates Rivas as a more threatening proposition than the opponents lined up for WBC champion Deontay Wilder and Tyson Fury, while Anthony Joshua is currently looking for a new challenger for his US debut on June 1.

"It is a very high-risk fight," said Whyte. "Oscar Rivas is the most dangerous out of the lot of them.

"I'll fight anyone. At the end of the day, I'm not scared to fight no-one. I keep saying it time and time again.

"I just want to fight and get what I believe I deserve, and what I've worked for, and that has to be a potential world title and win one."