The big-hitting duo have been added to the undercard for Whyte's heavyweight clash with Oscar Rivas at The O2 on July 20, live on Sky Sports Box Office, with the winner staying in contention for a clash with British champion Lawrence Okolie.

Riakporhe has displayed his destructive power in recent months, brutally stopping Sam Hyde in November, and then inflicting a dramatic knockout on Tommy McCarthy to bring up his ninth straight win in March.

Billam-Smith also holds a perfect slate with eight victories, including an impressive win over Robin Dupre inside the distance, and his skills have been honed by trainer Shane McGuigan. 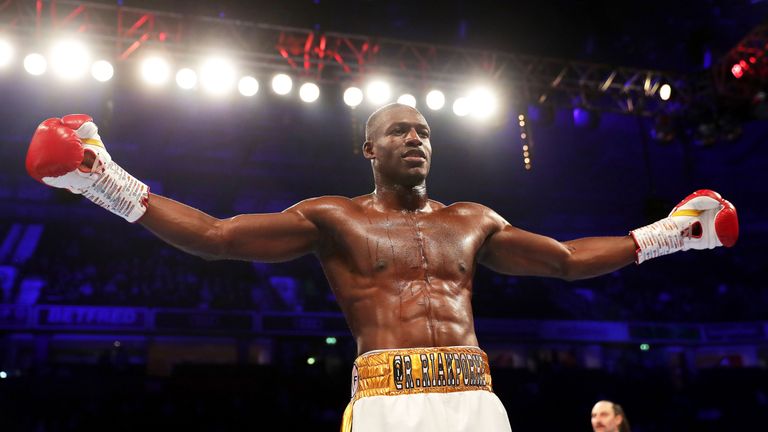 This is pretty much the beginning and it's just a matter of time before people realise that I'm the truth.

"I'm so excited. I just can't wait to get in there and get to work. I've got tons of potential and fight after fight I'm learning new things," said Riakporhe.

"This is pretty much the beginning and it's just a matter of time before people realise that I'm the truth.

"He [Billam-Smith] brings good boxing skill, he's got a good coach in his corner, but once that bell rings he's going to understand that there's different levels of fighting. I don't think he has been up against an opponent like me.

"All my fights and history shows that I have abnormal power and that's likely to bring issues when we fight for sure, but we're not only going to rely on that. We're going to outbox him and beat him in every single department."

London rival Okolie expects to move beyond the domestic scene this year, but Riakporhe intends to force a fight by continuing his red-hot run of victories.

"I think Lawrence will be watching closely and I believe once I carry on getting the wins, our paths are very likely to cross," said Riakporhe. "It's going to be a hell of a fight in the future."

Billam-Smith insists he has spotted vulnerability in Riakporhe and plans to boost his ranking and reputation by taking his opponent's WBA Inter-Continental title.

"I believe it's going to be an exciting fight for the fans," said Billam-Smith. "You only have to look at our records to see that we both carry knockout power and the ability to end fights at any time. 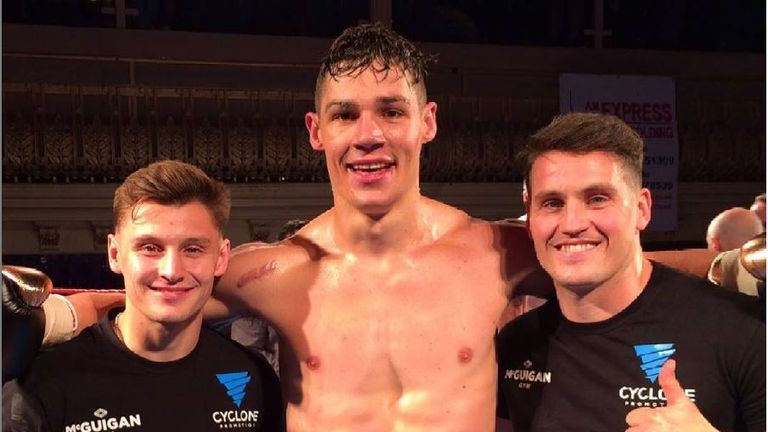 He's a good scalp for me at this stage of my career as his record looks great on paper and he can obviously punch a bit. There's definitely weaknesses there which I plan to exploit.

"He's a good scalp for me at this stage of my career as his record looks great on paper and he can obviously punch a bit. There's definitely weaknesses there which I plan to exploit.

"This will be the first title that I've boxed for as a professional and it's important to get it under my belt in order to progress. I want to pick up as many belts as I can and move up the rankings quickly. I'm excited to bring a big fanbase with me and start the show with a bang."

In the main event, Whyte's status as the WBC's No 1 contender is at stake when he takes on rival heavyweight contender Rivas.

'The Body Snatcher' manages the career of Riakporhe and is backing his protege to maintain his explosive rise.

"Richard is on a good run now and he's got a lot of confidence behind him," said Whyte. "The people he's fighting and beating, I believe his resume is a lot better than Lawrence Okolie so far.

"If he defeats Billam-Smith in good fashion, which I believe he will do, then he should be looking to fight the likes of Lawrence Okolie by the end of the year. 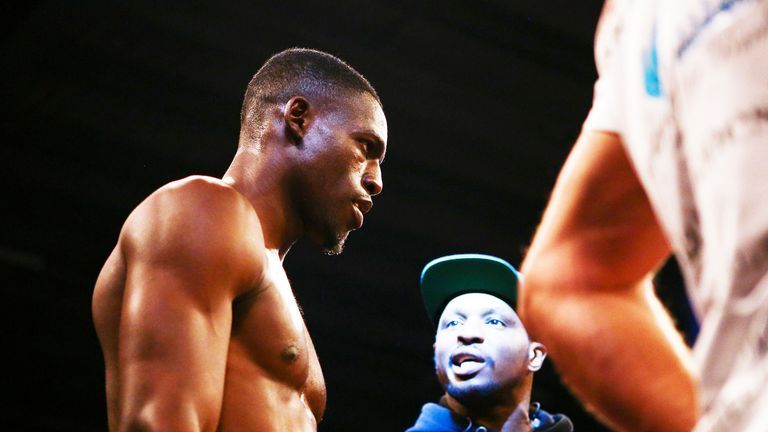 He's ready to defeat most of these guys in the cruiserweight division worldwide.

"Billam-Smith is a good boxer, he's undefeated, he'll be confident, but Richard carries a lot of power, he's on a roll and I think he can stop Billam-Smith in six or seven rounds.

"With Richard, it's all about the people he has around him, and the mindset that those people give him. He's ready to defeat most of these guys in the cruiserweight division worldwide."

Riakporhe's battle with Billam-Smith has been added to an undercard which also features the all-British heavyweight showdown between David Allen and David Price.