Michael Hunter intends to earn his world title shot at Anthony Joshua after coming close to being confirmed as a replacement opponent for the British star's US debut.

The American was included on a shortlist for Joshua before Andy Ruiz Jr was named as the next challenger for the WBA 'super', IBF and WBO heavyweight champion at Madison Square Garden in New York on June 1, live on Sky Sports Box Office.

Hunter confirmed that he did not receive formal terms after original foe Jarrell 'Big Baby' Miller failed a drug test, but hopes to force his way back into contention, starting with this weekend's fight against Fabio Maldonado in Maryland, live on Sky Sports.

"He's no slouch and he's definitely a worthy opponent, whatever people think of him.

"Eventually once I keep winning and getting better, eventually I'm just going to rise to the top on my own. 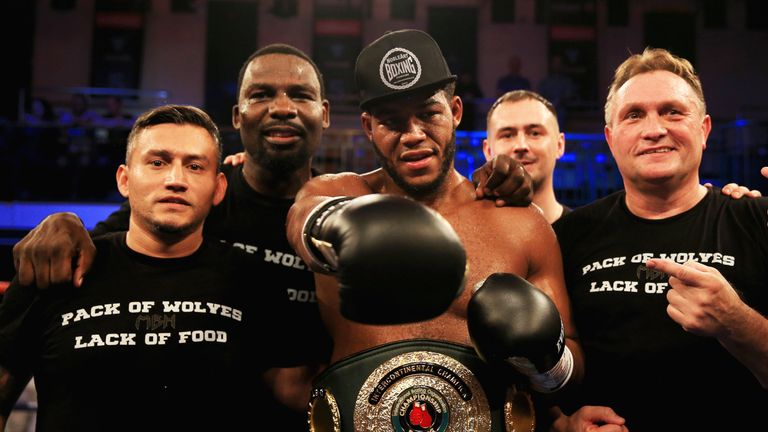 If I do get it, it will be because I earned it, and I took it from them.

"To get it like the way I was going to get it, with the mishap of the 'Big Baby' situation, I don't think I'll get that opportunity again.

"If I do get it, it will be because I earned it, and I took it from them."

The Las Vegas-based 30-year-old is open to a return to Britain after last year's stoppage victory over Martin Bakole in London, which was followed by another knockout of Alexander Ustinov in Monte Carlo.

But Hunter admits he must firstly defeat Brazil's Maldonado and then intends to take his seat at ringside to watch Joshua.

"That's the whole reason we're here is to make statements," said Hunter. "The guy has never been stopped, he has only two losses, and the two guys that fought him were undefeated fighters, so there is a statement for me to make out there on this fight.

Asked about attending the Joshua fight, he added: "I'll definitely be in the building."