"Once Ruiz Jr gets close, then he goes to work. He has good hand speed. At close quarters you will see him let his hands go."

Andy Ruiz Jr is a "very skilful fighter" according to Kevin Barry, who masterminded his only defeat so far, and now describes how he may fare against Anthony Joshua.

Ruiz Jr's only loss in 33 fights was via majority decision against Joseph Parker in 2016 with the WBO title on the line. Parker's trainer Barry remembers a difficult night for his man and rates what Ruiz Jr brings to the table…

How familiar are you with Ruiz Jr?

Over six years ago, before I started working with Parker, I was in negotiations to train Andy. I watched him fight a couple of times, and was well aware of his skill level, his hand speed, his power. He has had a couple of really good knockouts.

Ruiz Jr lost a close fight on points to Parker…

We got off to a slow start against Ruiz Jr. We lost the first three rounds. Midway through Parker got his double-jab going and Ruiz Jr was eating them. More than any other punch, the double-jab won the fight for Parker. We have seen Joshua's jab evolve - it will be very important to control the distance and set up his right hand.

Is Ruiz Jr being overlooked? 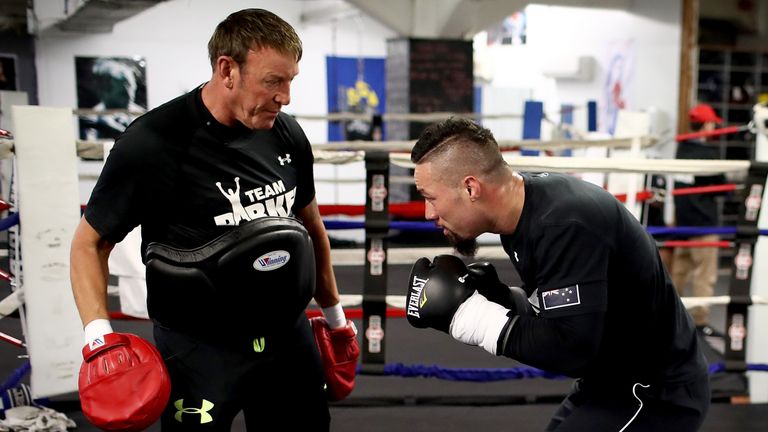 One hundred per cent. Andy is definitely one of the top heavyweights in the world, there is no doubt about it. The reason people are writing him off is because they haven't seen a lot of him.

Describe Ruiz Jr as a fighter…

Especially early in the fight, he has very good balance and head movement. He likes to go to the body with his jab and his right hand.

Once he gets close, then he goes to work. He has good hand speed. At close quarters you will see him let his hands go.

Can he trouble Joshua?

It is no secret that he must close the distance and rough up Joshua. Andy will hit you in the arms, to the back - he uses his forearms.

Ruiz has a very good coach and is a very skilful fighter. He was a very good amateur. He has good head movement and he steps very well. That allows him to close the distance. He has perfected this throughout his career because every opponent is taller than him.

Is he going to be able to close the distance against Joshua, who controls the distance so well? Joshua is getting better and better in every fight.

Ruiz has a great chin. But when we talk about great chins - let's look at Alexander Povetkin. Nobody had ever knocked him out. He was as durable as any heavyweight in the world.

Joshua, after setting his right hand up, it was game over. Joshua knocked Povetkin out in devastating fashion.

It will be hard for someone like Ruiz who has to work off a jab to the body. Because he is only 6'2'' he could lunge with his jab to the body and leave himself open for the right hand.

It will be hard for him to survive the power of Joshua. There is a reason that Parker went 12 rounds against Joshua - I'm not sure too many others can do that.

Could Joshua be affected by the pressure to perform?

We all saw the Deontay Wilder fight. I hope Joshua doesn't try too hard to do something too early because that could be his undoing.