Smith finally got a taste of what it feels like to be a world champion when he destroyed George Groves in The Middle East last September.

Identified as a future division ruler from the opening day of his professional crusade, the youngest Smith brother had to remain patient in recent years as he pursued a mandatory shot against a number of contenders ranging from Badou Jack to Anthony Dirrell.

Instead, Smith opted for the riches and prizes at stake during the inaugural World Boxing Super Series tournament and the decision proved to be a wise one.

Since finding the attacks that forced Groves to surrender in the seventh round of their highly-anticipated match-up, Smith has waited patiently for another opportunity.

Several fights have been mooted, but it was announced that Smith will defend his world crown against the well-travelled Frenchman Hassan N'Dam at Madison Square Garden this Saturday as support to Anthony Joshua's world heavyweight title defence against Andy Ruiz Jr, live on Sky Sports Box Office. 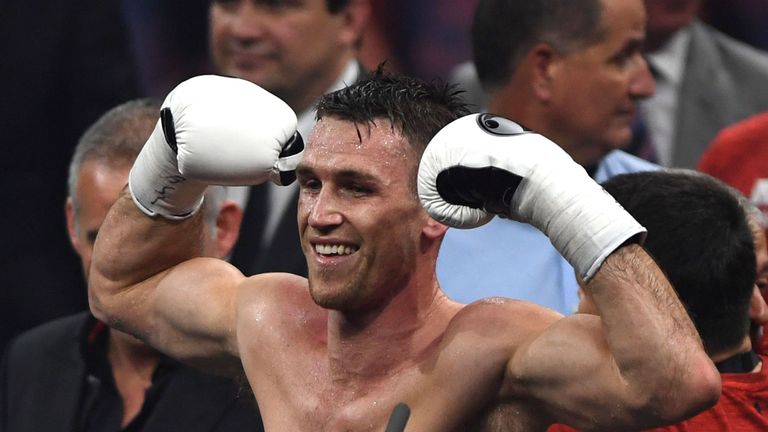 Smith wants to confirm his status as the division's No 1

Smith is excited to be performing in boxing's mecca nine months after fulfilling the prophecies that many within the trade expected.

"It's good to be back out, and to be doing it at Madison Square Garden," buzzed 'Mundo' just days ahead of his New York outing.

"In an ideal world I would've liked to have been out in about March or April, but after becoming a dad at the start of the year, I suppose the break hasn't worked out too bad.

"It was last September when I fought George Groves and I said all along that I needed a break after it because I was in camp for the fight so long because all the dates kept getting changed.

"Now I'm fully charged again and I can't wait to get in the ring and fight again on June 1."

Despite his prolonged absence from the sport due to becoming a parent, Smith's name was thrust into mainstream consciousness earlier this month just hours after one of the biggest fights of the year. Saul 'Canelo' Alvarez's points win over Daniel Jacobs enhanced his standing at the top of the middleweight division but talk of a second leap to 168lbs to take on Smith soon ensued. 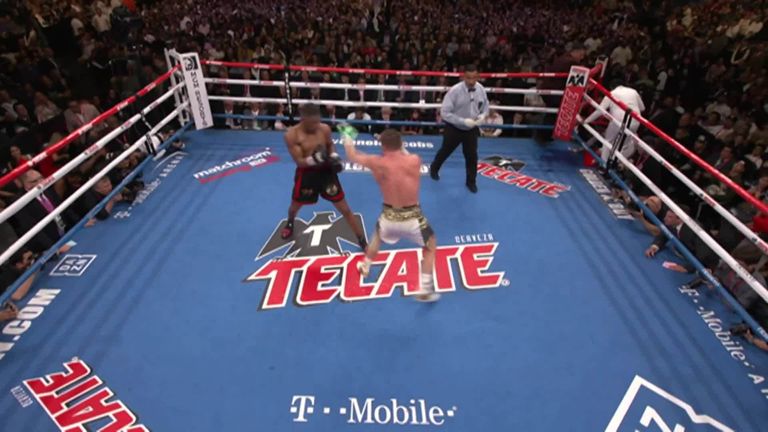 Callum, whose older brother Liam succumbed to the body attacks of the Mexican star back in 2016, identifies Alvarez as a realistic target and it's a fight that the popular Liverpudlian would have no problem entertaining in the near future.

"Listen, it's a fight that makes a lot of sense to me if he wants to come up to super-middleweight. I've made it clear that it's the big fights that appeal to me most and they don't come any bigger then taking on Canelo.

"They're some good fights to be made in my division because you've got good fighters like Caleb Plant and David Benavidez, but Canelo is the one that stands out.

The Canelo fight is the one that stands out more than most for me.

"I know I'm the best super-middleweight in the world at this moment and I've got a fight coming up on Saturday night so my mind is on that. After that there'll be a chance to sit down and take a proper look at everything, but I won't lie, the Canelo fight is the one that stands out more than most for me."

Watch Callum Smith vs Hassan N'Dam on the Joshua-Ruiz Jr bill on Saturday, live on Sky Sports Box Office, from 10pm. Book it via your Sky remote or book it online here. Even if you aren't a Sky TV subscriber you can book and watch it here.