Dillian Whyte will 'need a date' for a guaranteed shot at WBC champion Deontay Wilder, if Oscar Rivas fight is confirmed as a final eliminator, says Eddie Hearn.

The Brixton heavyweight risks his No 1 status with the WBC against rival contender Rivas at The O2 on July 20, live on Sky Sports Box Office, and promoter Hearn expects the winner to earn the WBC 'interim' title and a mandatory fight with Wilder.

But Whyte is waiting for the WBC to confirm the time frame of when the challenger would receive their shot at the WBC belt.

"We're getting there," Hearn told Sky Sports. "We won't give in. 600 days this weekend that Dillian Whyte has been WBC No 1, that's virtually unheard of and he's boxed in that period, [Derek] Chisora, [Robert] Helenius, Lucas Browne, Joseph Parker, Chisora again.

"We feel that he deserves a shot and I think the general public do as well. I believe the fight against Oscar Rivas will be for the WBC 'interim' world title, it will be for the mandatory position, but we want to know when that comes. 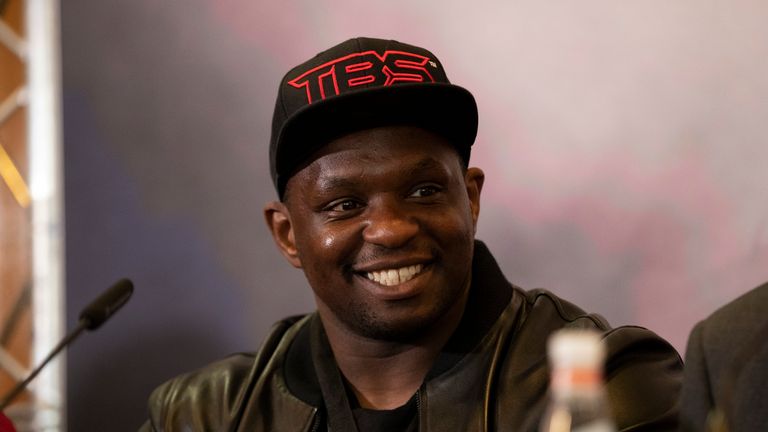 Effectively what we do know is, all Dillian Whyte has to do is win on July 20 to become the official challenger for Deontay Wilder

"He's already waited 600 days. Let's not wait 800 or 900 days, so we need a date for the WBC to confirm when Deontay Wilder must fight the winner of that fight.

"Effectively what we do know is, all Dillian Whyte has to do is win on July 20 to become the official challenger for Deontay Wilder. That's why now there's even more pressure on that fight.

"An official resolution will be confirmed next week. We hope Mauricio Sulaiman, the president of the WBC, will actually fly to London to announce this, we can all get on with our lives and hopefully Dillian Whyte beats Rivas and finally gets his shot at the WBC world title."

YESSSS Finally after nearly 600 days as the WBC number one I got my hands on the World Title belt .... Shame it’s the great @frankbrunoboxer belt when am I getting my shot at @bronzebomber @wbcboxing @wbcmoro #600days #TILLTHISDAY

Rivas could disrupt Whyte's future plans and Hearn has warned about the threat posed by the Canada-based Colombian, who holds impressive wins in the professional and amateur ranks.

"Rivas is fearless, he's unbeaten, he goes for it," said Hearn.

"You saw against Bryant Jennings, there were times when he was behind in that fight, knocked him out in the last round. Made himself a big name in America.

"A good amateur, well respected amateur experience, beat Andy Ruiz in the amateurs as well. A tough, tough fight, it's going to be a war."