Watch Inoue versus Donaire in the WBSS final from 12.05pm on Thursday on Sky Sports Action and Sky Sports Mix

Japan's fearsome champion puts his IBF title at stake against WBA 'super' champion Donaire in the exciting finale of the bantamweight tournament in Saitama, Japan, on Thursday.

Inoue has blasted his way to world titles in three divisions, earning recognition as one of the sport's finest champions, and the man with the 'Monster' nickname stopped Juan Carlos Payano and Emmanuel Rodriguez to set up a showdown with Donaire.

The Filipino fighter is a four-weight champion himself, who has never suffered a loss in this weight class, and he benefited from the unfortunate fourth-round retirement of Belfast's Ryan Burnett in the quarter-finals before stopping Stephon Young in the semis. 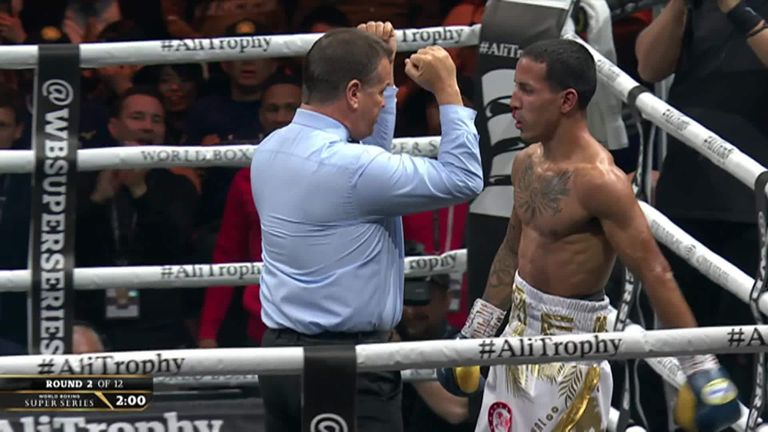 "Josh Taylor produced a fight of the year contender with Regis Prograis in their WBSS final last month and we're expecting another memorable encounter when the explosive Inoue collides with the classy Donaire.

"Attention then turns to LA this weekend as Britain's world champion Billy Joe Saunders and that red-hot talent Devin Haney showcase their skills before the KSI-Logan Paul rematch."