KSI vs Logan Paul 2: Logan Paul says he's like an 'animal' and not a YouTuber ahead of rematch

"I believe in time, three to five years, we can be in contention for a real title shot" 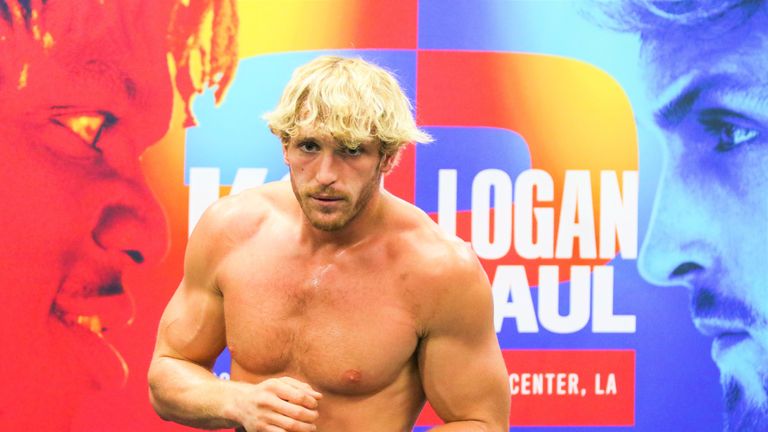 Logan Paul says he's like an "animal" and not a YouTuber after dedicating himself to boxing - and the Californian could be working towards a title shot.

The American has been preparing with Shannon Briggs, a former world heavyweight champion, ahead of this weekend's rematch with YouTube rival KSI in Los Angeles, live on Sky Sports Box Office.

Paul is followed by millions of fans on social media, but the 24-year-old insists he is now fully committed to his professional boxing debut, and intends to unleash his pent-up aggression at the Staples Center.

"I said it two months ago, this is not the kid that was making YouTube videos at the beginning of the year," Paul told Sky Sports.

I'll come on this red carpet and smile, but there's a demon inside of me that I'm trying to suppress right now.

"That's not this kid. I'm a boxer and I feel like that, and I feel like an animal. I'll come on this red carpet and smile, but there's a demon inside of me that I'm trying to suppress right now."

Briggs believes Paul has all the attributes needed to become a success in the sport and is already plotting a swift path towards a title fight.

"He has amazing reflexes, he's athletic in every way, he has a great jab," said Briggs. "I think we're looking at the future of boxing, I mean that. I believe he has everything it takes. I believe in time, three to five years, we can be in contention for a real title shot."

Asked about Paul's future plans, Briggs added: "This is not the end, it's only the beginning. He'll be right back fighting very soon. We look to hopefully get 10 to 12 fights next year, and 12 fights the following year."

But KSI finished off his training camp in Las Vegas, under the guidance of Jeff Mayweather, Floyd's uncle, and the Brit plans to make a mockery of Paul's pre-fight predictions. 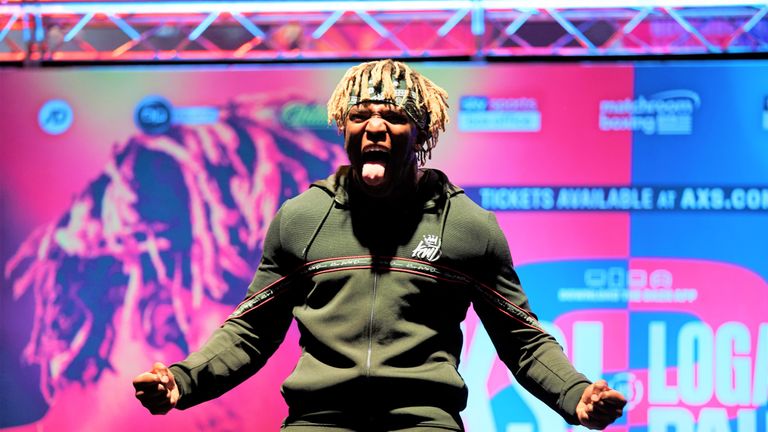 "It's one thing to say it, and it's another thing to do it," KSI told Sky Sports. "He's going to try and say all this, look all big and all that.

"When he realises that he's actually fighting your boy KSI then he's going to be afraid of what he's about to see."