"We've been anxiously waiting to see two things - one if the WBO would strip Joshua, or if Joshua would not want anyone else to fight Usyk"

Joseph Parker’s potential WBO title fight against Oleksandr Usyk is now "least likely" as the New Zealander’s team believe Anthony Joshua will not have to vacate the belt.

Parker had lined up a possible fight against Usyk for the WBO heavyweight belt, if Joshua had been forced to relinquish it after being ordered to make title defences against the Ukrainian and Kubrat Pulev, his WBO and IBF mandatory challengers.

But the Kiwi's trainer Kevin Barry is assessing other options, including a rescheduled clash with Derek Chisora, as they believe Usyk will wait for a summer showdown against Joshua after the fighter's teams held recent talks.

Barry told Sky Sports: "In the background, we've been anxiously waiting to see two things - one if the WBO would strip Joshua, or if Joshua would not want anyone else to fight Usyk.

"We're sitting there at No 2 in the world with the WBO. If that was going to happen, we were going to get the fight with Usyk that we were very, very keen on and one that we're very confident in. It's looking least likely now that fight is going to happen.

"I try to look at every scenario. I talked with [WBO president] Paco [Valcarcel] last week. I just said to him, don't you think if the WBO took that belt off Joshua, and Parker and Usyk, two former WBO world champions fought each other, then the winner of that fight would fight Joshua in the summer and it would be a unification fight. 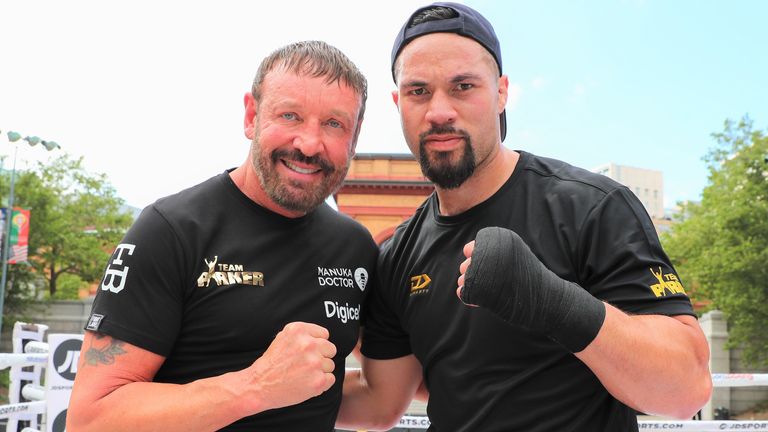 "The other option was - would Joshua perceive that as a risk and missing out on a mega payday? I honestly believe what we're going to see is Usyk [choosing to wait] and he will fight Joshua in the summer, providing Joshua blows out Pulev, which he should look spectacular doing.

Parker is preparing to return in Texas on February 29, with an opponent to be confirmed, but he would have instead turned his attention to the Usyk fight, if a battle for the WBO belt had been offered.

Britain's Daniel Dubois sits at No 3 in the WBO rankings and could become a future opponent in a final eliminator for Parker, who remains keen on a clash with Chisora after his illness prevented a fight in October.

"We will look at fighting a decent opponent on this card on February 29 to solidify our position," said Barry. "If Usyk sits out and waits for Joshua in the summer, at some stage, we will move to [WBO number] one. Someone else will move to two and we'll be in a mandatory box off.

"We would love nothing more than to fight Chisora in the summer. After being on again, off again, that's a fight that we really love. We really want a piece of that guy."

The IBF have given Joshua and Pulev until January 31 to agree a fight and the British star has revealed he will also make a fresh attempt to negotiate an undisputed world heavyweight title fight against Deontay Wilder later this year.

"I heard [Wilder and Fury] have a third fight lined up towards the end of the year but we have to throw a curveball in there," Joshua told Sky Sports.

"Something that gets Wilder's attention providing he wins so that he thinks to himself: 'Even though I have a rematch clause, I'll see how I can manipulate my contract, get out of it, and fight for the undisputed championship'."